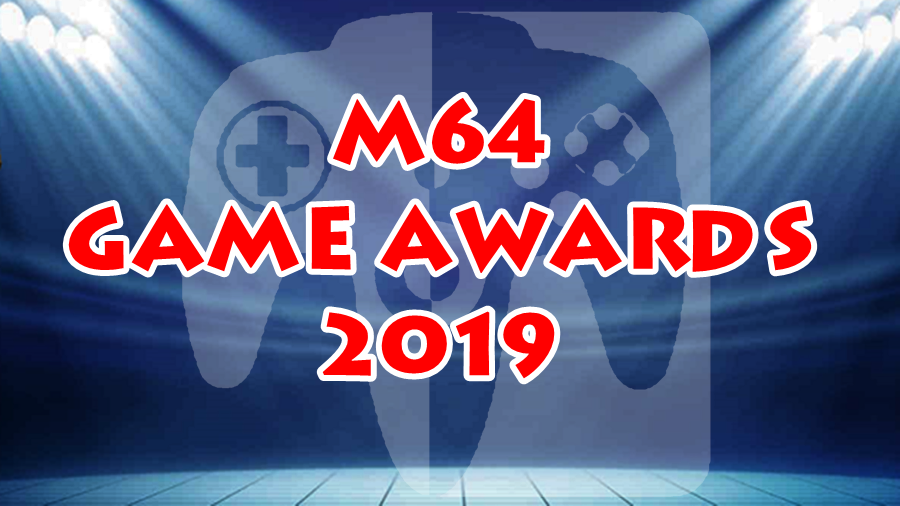 Hey all, Last week on Twitter, we ran a series of polls on multiple categories like “Best Game” and “Welcome To Switch”. The Polls have now ended and it is time to announce the winners of the M64 Game Awards of 2019. We thank all of you that participated and appreciate you all taking the time to do so. Without Further ado, here are our M64 Game Awards 2019.

Game Of The Year

While our main Award Categories were chosen by the general public by social media, we also have some of our own selected awards for some very special people and companies/studios. We feel these people deserve extra special mention for the dedication they have for their craft

Nintendad has only been around for just over a year and has really grown into an incredible site dedicated to Nintendo. We are both proud and envious of its achievements over the year and we truly look forward to what heights they will reach in 2020.

There have been so many incredible indie games on Nintendo Switch over this past year and it really is hard to name just one of them for this award when there really are so many that are just as worthy for the award. That said, Image & Form, now known as Thunderful, have been very supportive of Miketendo64 since we started up in 2015.

Their dedication to the Nintendo Switch has not gone unnoticed either as they continue to bring their games to the console including the SteamWorld series and their latest release, Anthill. Brjann Sigurgeirsson and team really bring something unique to the world of video games and we hope they continue to do so over the years to come.

The Unsung heroes of the Video Game Industry are undoubtedly the PR departments that promote the very games we see and play. This year, Dead Good Media have gone above and beyond to support Miketendo64 and we are truly grateful for the respect they have shown us in 2019 and, well, over the years in general. Matt, Carly and the rest of the Dead Good Team go above and beyond to treat small and big-time Media Outlets and Influencers alike with respect and professionalism.

There have been many people that have looked out for us over the years. Every Indie dev that we have spoken with over the years, PR agents keeping us informed of upcoming gaming news, etc. Aaron Cooper, however, truly showed us a kindness that we honestly felt was lost in the modern world.

After being given the cold hard shoulder from Nintendo UK and Nintendo Europe at Gamescom. we were feeling very disheartened that the companies that we have supported all our lives fail to acknowledge us as worthy of an audience with them. We had tried for months to get an appointment with them and were blatantly ignored until finally denied at the last minute.

Gamescom was certainly an experience that will forever be remembered by our editor in chief for a long time. All was not lost though, as an opportunity to interview the legendary SUDA51 cropped up and was made possible in an instant thanks to the help of Aaron Cooper. Within mere minutes. Aaron crafted magic that would impress the magnificent Merlin himself and has since continued to support Miketendo64, helping us with interviews, game reviews, etc.

The highly known and popular Youtuber Etika brought joy and entertainment to thousands, if not millions of people around the world. Unfortunately, he took his own life earlier this year after struggling with mental illness. He will be deeply missed and it is a great shame that our paths never crossed. We didn’t know him and while we didn’t follow him, we greatly respect what he did for the gaming community.

Thank you all for taking the time to read this article. How do you feel about the games that won our awards, do you feel that other games should have been given an opportunity? Is there anything you feel like we could improve on for next year?  Let us know in the comments below.