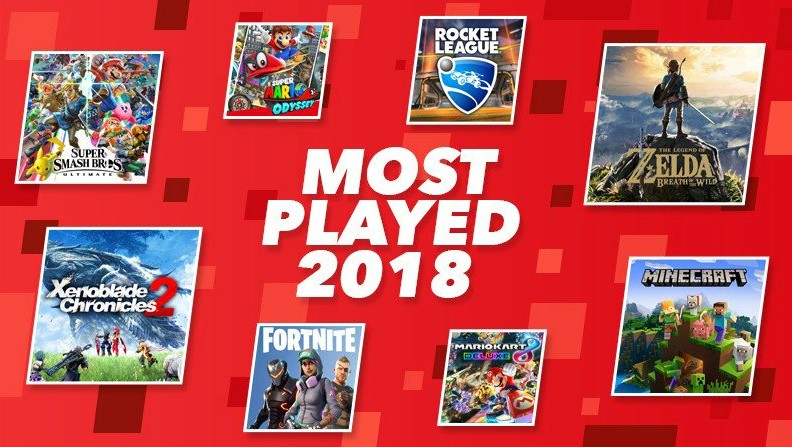 [Europe] Nintendo List Most Played Games On Switch In 2018

Nintendo Europe has recently shared an article via the News Feature on the Nintendo Switch detailing the most played games on Switch throughout their region in 2018. The grand majority are of course Nintendo’s own titles but not a single one was top the list. Legend of Zelda: Breath Of The Wild came second and Super Mario Odyssey came 3rd. The most played game on the Switch of 2018 was unsurprisingly Fortnite.

Seeing as the game is free to play, there is an exceptionally high chance that it was downloaded and played by many more players than the other titles. Fortnite is extremely popular and when it made to leap to Switch as well, It certainly became a raving success on the home / handheld console too.