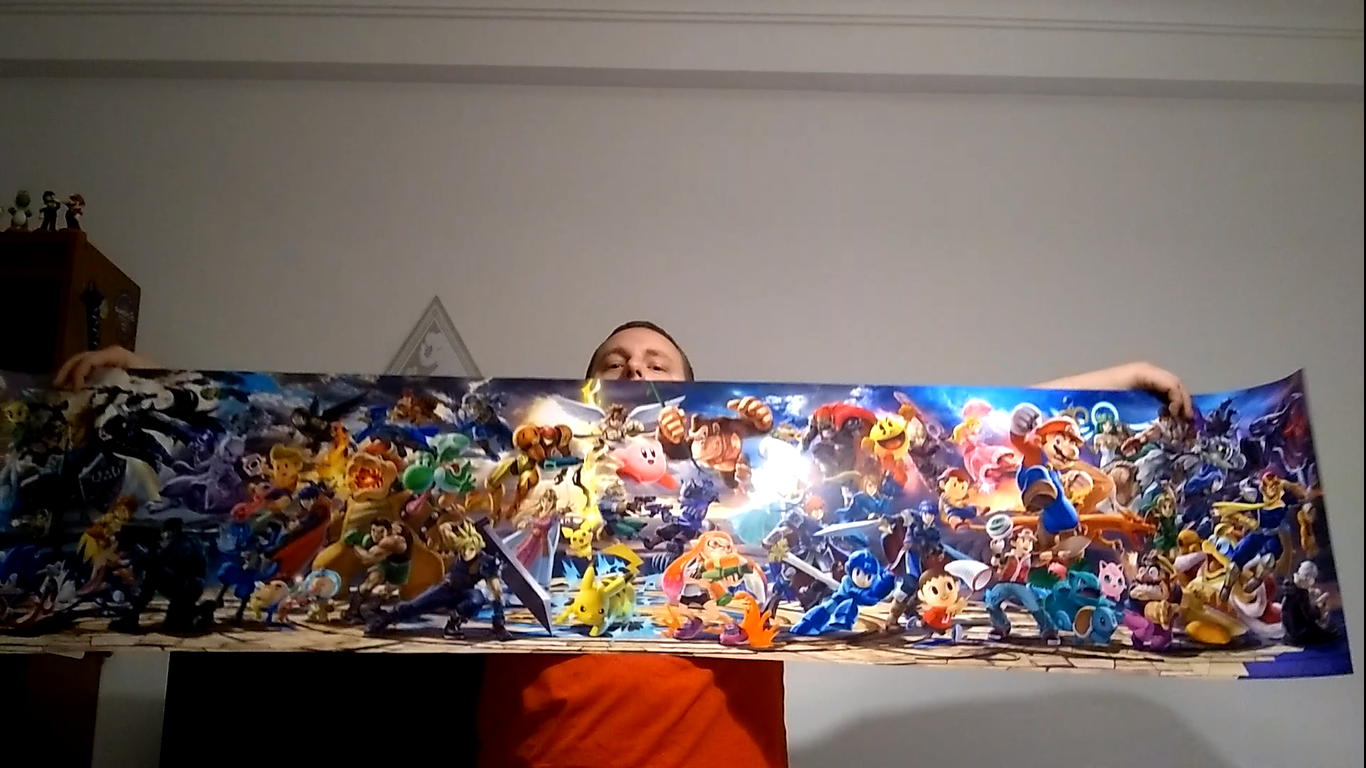 So, I couldn’t help myself. The big reveal of Super Smash Bros Ultimate was expected but was still pretty amazing. I am so glad that every character is making a return and the new artwork that was shown for the game was simply amazing and I am not just talking about the Portrait Poster that we will be seeing a lot of in the days leading up to the eventual release of the game in December. Oh no, I am talking about the absolutely gorgeous Landscape Artwork with every character past and present. I loved it so much I printed out my very own Super Smash Bros Ultimate Poster of that very artwork.

Fortunately, the artwork was included in the Nintendo E3 Press package via Nintendo America’s Press site. It was certainly a beast to download but my word, it was worth it. I copied the image to a USB drive and went straight to a professional photocopier. The final size came out at 40 cm high and 200 cm wide, it is massive. The quality of the poster was flawless and could probably have been a lot bigger. However, I needed it to fit on an interior wall of my flat.

I have uploaded a short video of my not so grand unveiling of my brand new Super Smash Bros Ultimate Poster onto YouTube. You can check it out below.

Thank you very much for watching the video. I hope you enjoyed it and I will be uploading a video of it hung up on my wall as soon as I get some baton and nails to make a frame for it. The actual printing of the poster cost me around €23 euros on photo quality paper and it really does look amazing! What do you guys and girls think of it? Feel free to let us know in the comments.