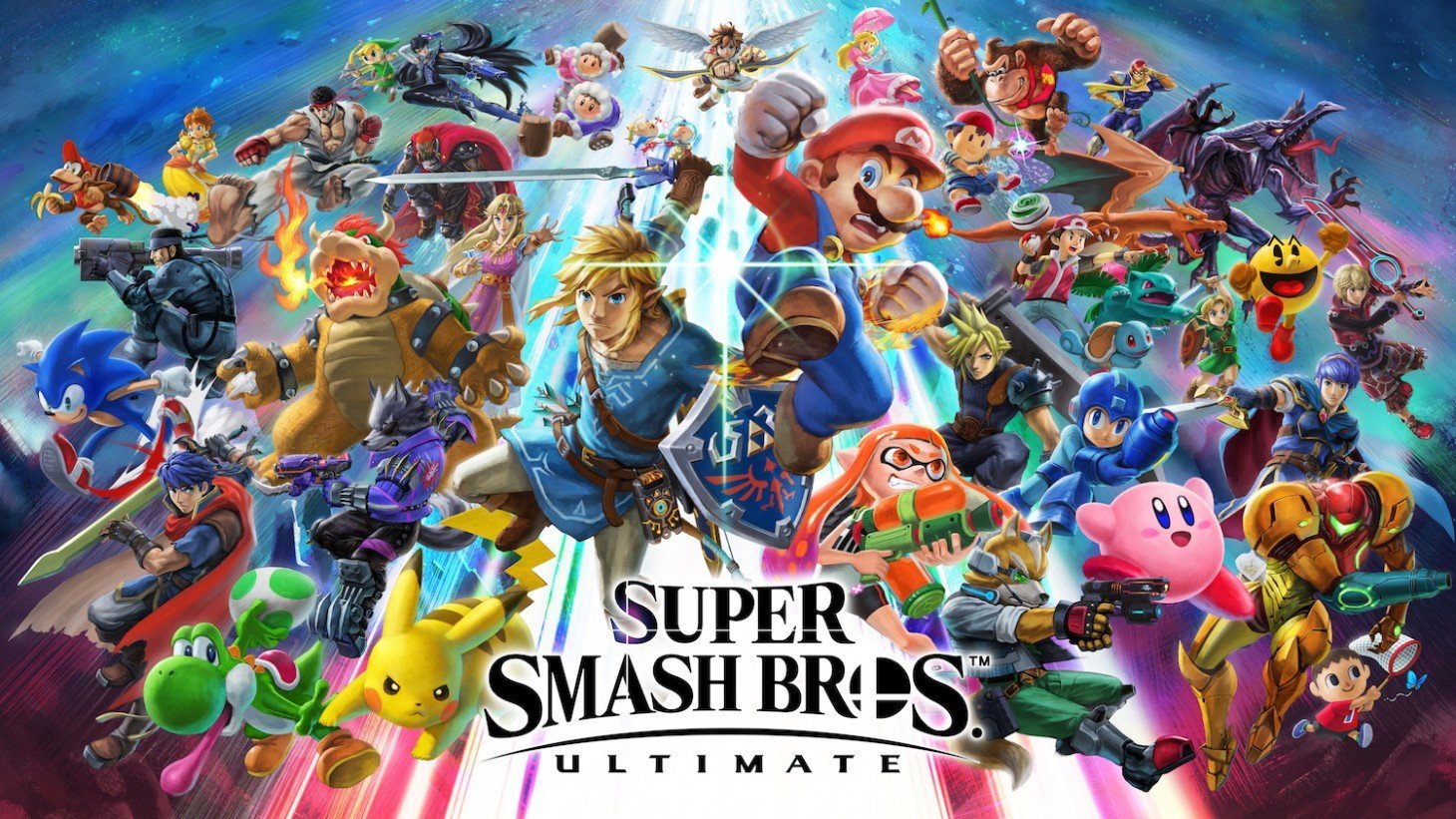 June 12, 2018 7:50 pm Published by Mike Scorpio 1 Comment
Of course, these weren’t the only games announced during Nintendo’s Big E3 Direct. You can read the full details below.

LOS ANGELES, June 12, 2018 – Nintendo opened its activities for the annual E3 2018 video game trade show with a bang – and a smash. Showing world-first footage of Super Smash Bros. Ultimate, Nintendo shared details about the latest entry in a series with sales of more than 40 million units worldwide. A new game built for the Nintendo Switch system, Super Smash Bros. Ultimate lets up to eight players square off in action-packed battles that are all about smashing beloved video game characters off the screen. Legendary game worlds and fighters collide in the ultimate showdown at E3 2018, which runs through June 14 at the Los Angeles Convention Center. Nintendo made its announcements during its Nintendo Direct: E3 2018 video presentation, which can be viewed at https://e3.nintendo.com.

“At E3, we’re showing how Nintendo Switch continues to redefine play, with the broadest range of games people can enjoy together anytime, anywhere,” said Reggie Fils-Aime, Nintendo of America’s President and COO. “Fans who’ve debated which Super Smash Bros. fighter is the best now have the chance to settle their differences once and for all, pitting familiar faces against fresh challengers on stages both new and old. Super Smash Bros. Ultimate, Pokémon: Let’s Go, Pikachu!and Pokémon: Let’s Go, Eevee!, and the arrival of Epic’s Fortnite on Nintendo Switch demonstrate the strong momentum Nintendo Switch continues to have through 2018 and beyond.”

Super Smash Bros. Ultimate will include every single fighter ever featured in the series’ nearly two-decade run, making it one of the biggest crossover events in gaming history. Fans can enjoy returning favorites like Ice Climbers and Pokémon Trainer, as well as newly announced fighters like Ridley from the Metroid series and Inkling from the Splatoon series. The game supports a variety of controller options, including Nintendo GameCube controllers (original or newly designed), Joy-Con controllers or the Nintendo Switch Pro Controller. With Nintendo Switch, players can throw down whenever and wherever they like in Handheld or Tabletop mode while enjoying online play.

Nintendo also announced that Fortnite, the Battle Royale phenomenon from Epic Games, is available for Nintendo Switch – TODAY. Players can download it for free from the Nintendo eShop, then test their mettle in thrilling crucibles of combat. The action never stops with Fortnite on Nintendo Switch, where players can build and battle together anytime, anywhere. Team up online with friends in the same room or around the world. Weekly updates and new gameplay modes will keep the action fresh for seasoned Fortnite players and newcomers alike.

Other upcoming items announced during the Nintendo Direct include:

To celebrate E3 2018, Nintendo eShop will offer savings on select digital games that helped make some of the Super Smash Bros. Ultimate game’s fighters famous, as well as other great digital games on Nintendo Switch and the Nintendo 3DS family of systems. The sale kicks off on June 14 at 9 a.m. PT, and runs until 8:59 a.m. PT on Thursday, June 21. The full listing of digital games on sale will be posted to https://e3.nintendo.com/sale on June 14 at 9 a.m. and can be purchased directly from the website for download or in Nintendo eShop.

As always, people can keep an eye on https://e3.nintendo.com for all of Nintendo’s latest E3 updates, including today’s Super Smash Bros. Invitational 2018 and the final round of the Splatoon 2 World Championship, and lots of gaming details on Nintendo Treehouse: Live | E3 2018.