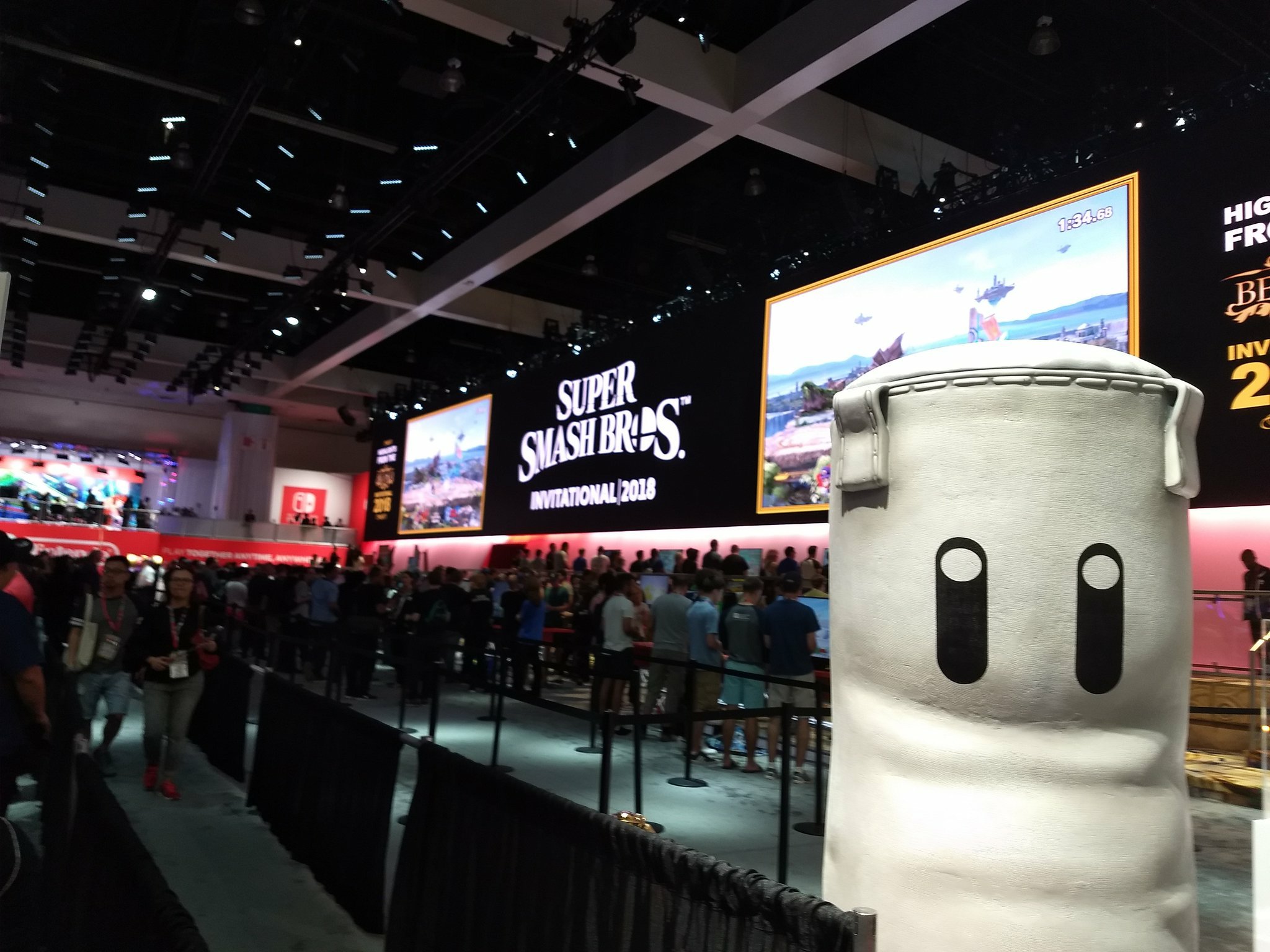 Unfortunately, I personally couldn’t experience the wonderment of E3 2018 first hand but luckily for us, one of our team members certainly did. Some of you know him as the sensei of the Wizard Dojo, others simply as themancalledscott. Well however you may know him as, he will most lucky enough to experience E3 2018 and as a personal favour to us, he took a number of photos of the Nintendo Booth E3 2018 so we could share them with all our lovely followers and readers.

The theme this year was all about Super Smash Bros Ultimate and Nintendo’s Booth featured the battlefield stage along with displays upon displays of some very familiar objects. Some were items of clothing, other things were weapons and devices. Nintendo really went full Smash Bros “musuem” mode this year with the likes of Mario’s hat, the Master Sword, Donkey Kong’s Tie, the punch bag and the golden hammer.

Well Scott being the legend that he is, provided us with images of the Nintendo Booth E3 2018 which you can see in the gallery below. He also couldn’t help himself and took a photo of the Megaman 11 exhibit as well. What a star!