[Editorial] The Legend of Zelda: Breath of the Wild is NOT Canon and I’m Okay with that!

Jan 5, 2018 Editorial, Eiji Aonuma, January Feature, Nintendo, The Legend Of Zelda, The Legend of Zelda: Breath of the Wild 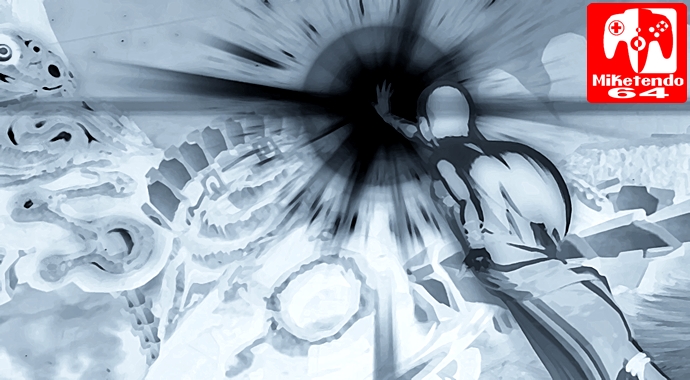 It is 2018, the Christmas holidays are over and it’s time to get back into the ring with an Editorial, bound to get some hate.

It took a very long time for Zelda fans around the world to experience the full delights of what Breath of the Wild had to offer and what we got, was a lot more than we had bargained for. Although things like Koroks were revealed during E3, in time we saw Zora and Rito, a new take on Ganon and a world full of technological wonders that the mind boggles just thinking about them. What really doesn’t help though, is the fact Breath of the Wild has no real place in the timeline, as when Nintendo developed it, they weren’t thinking about the timeline at all.

Sure many fans could argue Breath of the Wild belongs in the Downfall timeline, but you can make similar claims it belongs to the likes of the Adult and Kid Link timelines as well. Breath of the Wild has so many references in it and tie-ins that you could virtually link it to any previous Zelda game, especially when you take in the fact that the game in other languages, does have text and dialogue that makes mention of other 3D games. So yeah, Breath of the Wild is certainly an enigma, but recently in an interview, Aonuma said something that has got me thinking and the more I think about it, the more it makes sense and just so there is no paraphrasing, this is the full statement:

Eiji Aonuma (Series Producer of The Legend of Zelda): “We published a book with the timeline, but we definitely got comments from users saying, ‘Is this really accurate? I think this should be this way. It’s different.’ And history is always kind of imaginative. It’s left to the person who writes the book. So that’s how we approach it as well. It’s not necessarily that we come up with a game and think, ‘Oh, this is where it fits in the timeline.’ Honestly, lately, we’re kind of scared to say exactly where things are in the timeline for that reason. But we like to leave things to the imagination most of the time.”

Now, anyone can interpret it, any which way they want, but to me, it means the order of the Zelda games is whoever you wish to conceive it as it’s down to your imagination, but while that’s all well and good, as Breath of the Wild can fit in wherever you want it to, I’ve started to think it might not even be canon and if it is, I am okay with that, because to me, it makes a lot of sense. If you take a good hard look at Breath of the Wild and the easter eggs it is packed it, the more it looks like a true remake/evolution of the very first Zelda game, but also happens to draw on elements and aspects of all the games that have come before it, to truly celebrate 30+ years of Zelda. It’s not just the next game, it is a celebration that looks back on where it’s been, what the series was at the time and what The Legend of Zelda could become?

The Legend of Zelda: Breath of the Wild, is a party everyone with a Switch and a Wii U, are invited too. Yes you have to pay to get in, like at some nightclubs, but Breath of the Wild is an anniversary gift and a prophecy that heavily burrowed elements recently seen in all of the newest games. It took the game changing world from Ocarina of Time 3D, the darker story tones from Majora’s Mask and Twilight Princess HD, as well as amiibo support and Wolf Link from the latter. But then there’s also the colourful nature and art styles of Skyward Sword and The Wind Waker HD, the open nature of A Link Between Worlds, which was expanded greatly and obviously clothes from TriForce Heroes, but what if it took more than just clothes from TriForce Heroes? Due to its silly nature, dopey story and revised A Link Between Worlds art style, it is often considered a parody of the Zelda games and not a true instalment, despite the fact its Director states otherwise. However, let’s say the game is a parody and not canon, wouldn’t that also mean Breath of the Wild is not canon as well?

Sure, it could be wrong to even compare the two together, but with one being more Zelda like than actual Zelda and the other being any open world 3D game you wish to think of, with strong Zelda elements, it does make sense that both games are so very different from the series they hail from that they could be non-canon and it wouldn’t be the end of the world if they were. One was a game to make us laugh and the other was a game to take us on a trip down memory lane, whilst making sure we get a gaming experience on par with some of the greatest games of this decade.

The absolute truth is, Breath of the Wild doesn’t need to fit in the timeline, or be more like previous Zelda games, to be worthy of the Zelda title. Heck, it doesn’t even need canon to be a great game, it just has to be itself and “itself” is 30+ years of history, all in one place, so even if you don’t agree with how it ties in, maybe it doesn’t. The Legend of Zelda is a series that is whatever Nintendo want it to be and if they want its latest instalment to be something of an outcast or game changer, then that’s what it is and there’s no changing it. Breath of the Wild is not canon and I’m okay with that. It is a breathtakingly impressive game and that’s all I needed it to be anyway and just like that, I have said all that I needed to. Thank you for reading.