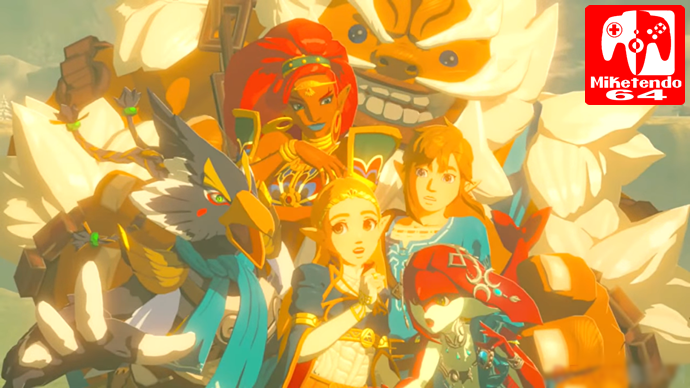 With The final DLC out now on Zelda: Breath of the Wild and post development now officially over, meaning no more DLC, the Developers for the game have opened up more about their favourite characters in the game and how the champions came to be. This information comes from an interview during the debut podcast of Nintendo Power which is hosted by Chris Slate and featured Kit Ellis & Damon Baker along with special guests Eiji Aonuma & Hidemaro Fujibayashi.

Chris Slate- The fact that in lots of previous Zelda games, well, all of them really, there’s always very memorable characters that you meet along the way. In this game, however, there’s some very special characters in the Champions. And I was wondering what the inspirations were for these individual Champions, and how they were created, and also, to follow up on the last question, if you have a favorite Champion as well.

Eiji Aonuma- Obviously in the Zelda series, you always have Link as the main character, and that’s who you control. But he’s going on this huge adventure, and it’s kind of lonely if he’s by himself; he doesn’t have anyone to help him. So, when we’re making the games, we always think, “Who’s going to help Link? Who’s going to be his friend?” Back, actually, when I was directing Zelda titles, I had this idea that there would be four different strong warriors or knights in Hyrule. And I actually thought about calling them the “Hyrule Four.” It’s been interesting to see that we sort of ended up in this game having that same idea come about. I didn’t talk about that with Mr. Fujibayashi at any point. It just kind of naturally happened. It’s funny, people working on the Zelda titles, we’re all sometimes thinking about the same things.

Slate- And do either of you have a favorite Champion? Or is it too hard to pick?

Fujibayashi- If I had to pick, I’ve been saying Urbosa. It’s because she’s strong, she’s kind and beautiful. She meets that trifecta, and considering that, she’s my favorite. –

Aonuma- For me, my favorite was Urbosa as well. But now that the second DLC is out, I think, based on what happens in that story, I actually like Mipha the best now, based on what you learn in that DLC, how she ended up as the symbol that she is within the game. I think if people play it, they’ll understand, but yeah, she’s my favorite now.

If you would like to listen to the full podcast, you can check it out below.

Following on from the Interview, Aonuma and Fujibayashi also spoke about why Shrines were much smaller than conventional Dungeons and how the Divine beasts came to be. You can read more about it here.


Categorised in: Announcement, Breath of the Wild, Interview, Nintendo, Nintendo Switch, The Legend Of Zelda, Wii U