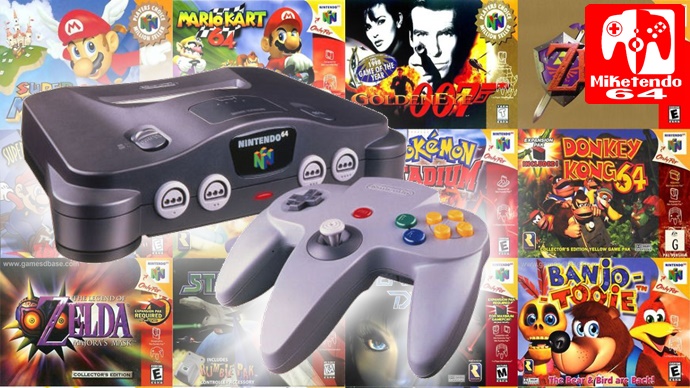 The 5 Best and Worst Nintendo 64 Games

Guest Article By: Rebecca Geizura of 1-Up Games

Although the Nintendo 64 only had 296 North American released games, there are still a few games that are plain terrible.  From bad graphics to poor level design, the games on this list are horrific.

This game is a sad knock-off the PlayStation game Twisted Metal. It was originally released for the PC in 1997, then it was ported to the Nintendo 64 in 1999.  The port was done poorly, and the Nintendo 64 version was done terribly.  The game drop frames constantly, and graphically it had less textures.  Carmageddon received a 2.4/10 rating from IGN.  It was one of the most forgettable games from the Nintendo 64.

The game is based off the Blues Brothers movie released in 1998.  The release was delayed so much that when the game was released, no one really cared about the movie anymore.  The game has a weird storyline, bad controls, and poor level design.

Most of the buttons do nothing.  There is no jump, no crouch, no sidestep, nothing like that.  The enemies come out of the walls, and the boundaries very far apart.  You can run for minutes before reaching a boundary that stops you.  The creators couldn’t loop the music, so the music abruptly stops and starts up again.  The music also plays throughout the whole entire game except the title screen, so there is two music tracks in the whole game.

Released in 1999, the game is a Mario Party clone that fails to have the same multiplayer fun.  The core mechanics are too slow and complicated for any child’s attention span. This game should only be played when you are trying to go to sleep.

Immediately as the game begins, you have to fly through rings.  You don’t even have to get used to the controls.  If you miss a few of the rings, you lose.  On top of that, there is a time limit so you don’t have time to go back and fly through the ones you missed.  The controls are very sensitive; one wrong move and Superman takes a dive in the wrong direction. After you finally beat the first level, direction flash on screen.  It says something about cars, but there isn’t enough time to read it.  You have 5 seconds to complete the task.  If you don’t, you have to beat level one again.

Since you’ve read the worst Nintendo 64 games, here are the games that are still astonishing and magnificent today.

This reboot of the Super Nintendo classic space shooter was not only a vast improvement, but also remains as the best game in the franchise.  It was one of the first Nintendo games to include voice acting and is often one of the most quoted games for it’s cheesy lines.

It was not only one of the best launch titles made, it was a major revolution in gaming.  Super Mario 64 had precise controls, spectacular camera angles, and visuals at the time that have never been seen before.  The Nintendo 63 may have had a tiny library of games when the console launched, but with this game, no one was bored.

This is the most successful licensed game ever despite coming out 2 years after the Goldeneye movie.  Added as an afterthought, the multiplayer mode was one of the main reasons for its success, and it became a pioneer for console multiplayer or first person shooters.

Not only is this the best game on the system, but it is arguably one of the best games of all time.  The gameplay has a flawless combat system, an lock-on mechanic, and a day and night system.  This is a true testament on how video games should be made.  The Legend of Zelda: Ocarina of Time still stands up to games being released today.

If you are looking to play or purchase any of these games, please feel free to visit 1-Up Games.