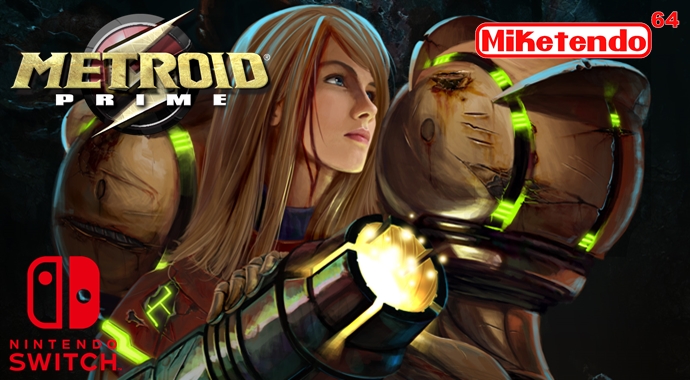 To all Metroid fans, the time to rejoice is now for if the rumours are true, a new Metroid title is on its way to the Nintendo Switch.

While some of you may be put off to learn that OBE1plays voiced the subject that caused the creation of this article, in his Day 12 Nintendo Switchmas video, someone else was mentioning a Metroid game for the Switch, hours ahead of OBE1plays  and that someone is Liam Robertson.

If I haven't made this clear, I do personally believe there is a Metroid game in development for Nintendo Switch.

If I haven't made this clear, I do personally believe there is a Metroid game in development for Nintendo Switch.

Not a rumour but I do have an insane theory about Metroid Prime VR on Switch haha.

What are you most excited about? I'm so hype for Mario, Platinum's project and the (eventual) Metroid announcement 😭 https://t.co/BnEMDmqmDn

It is one thing to have OBE1plays say a new Metroid game is currently being developed for the Nintendo Switch, but to have Liam Robertson talk about it as well and before OBE1plays is something else entirely. It doesn’t make it to be true, but it does make it a more credible rumour and if the rumours of Switch supporting VR are true, then the day we see a VR Metroid game is closer than previously thought.

Now if you think that’s everything, you’re mistaking as OBE1plays did share some information on the title itself, but judging by the video, he was leaking something he shouldn’t have and chose to be vague about certain things, but insisted he knew the answer. For example, he refused to say whether it will be a 3rd person, 1st person, or 2D game, but heavily expressed he knows exactly what kind of game it is and since he mentioned VR Metroid in a previous vid, and Robertson mentioning it on Twitter, a VR Metroid certainly is a likely candidate. But for now that’s just speculation until something official is said, so here’s a quick highlights of what is said in the new video:

That was all OBE1plays was willing to say as far as the game is concerned as he refused to spill else, but as far as this rumour goes, Nintendo already skipped a Metroid game for the Wii U and while Metroid Prime: Federation Force did win some gamers over, it’s not really a true Metroid title, but it did have an interesting scene play out during the credits. A scene where Sylux’s arm is shown disabling a door, he walks into a lab, and in it, in the middle of a room is an egg that hatches into a Metroid.

I actually wrote an article back in August 2016, about this scene and suggested it could be a teaser for a proper Metroid game for the NX and yes I said NX, because at the time I wrote the article, we didn’t know it was going to be called the Nintendo Switch. And why did I speculate such a thing? Well maybe it’s because it is no secret that Kensuke’s Tanabe’s dreams of doing a new game with both Samus and Sylux in, and maybe, just maybe, this rumoured Switch title, is that game. And just in case you never saw the scene I just wrote about, you can see it here, along with the final boss battle:

It was only a matter of time before Nintendo would give the fans what they wanted and even if such a game is true and doesn’t release this year, (most likely if it is a VR title,) at least it means we can expect a first party game of high quality to release in 2017. If the hype wasn’t real before, it is now!