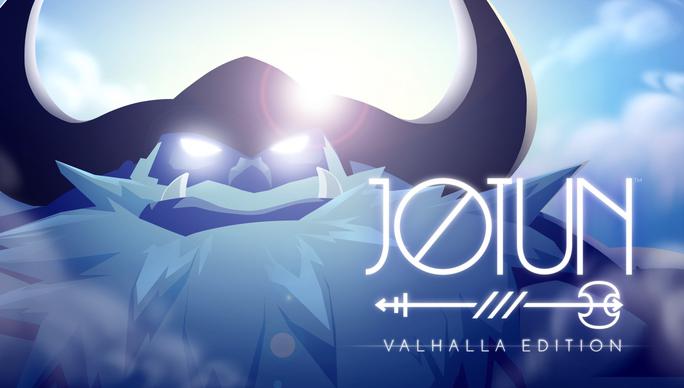 Brace Yourselves for the Jotun: Valhalla Edition Showdown!

When Thunder Lotus Games developed Jotun, they made something special and then they bettered it by adding Valhalla Mode and brought the newer version of the game, Jotun: Valhalla Edition to the Wii U, Play Station 4, Xbox One, PC, MAC and Linux. They challenged us to Impress the Gods and now they challenge us to Impress them!

This weekend (the 10th and 11th of October,) the team behind Jotun, are hosting a twitch event to celebrate the release of Valhalla Edition and there are some great prizes up for grabs! Popular streamers will battle it out against each other and compete to see who can beat the Jotun in the quickest time possible to win merchandise for themselves and their fans.

But it’s not just any Jotun they have to take on because that would be easy, instead Thunder Lotus Games have handpicked the three Jotun who must be challenged and they are:

And Fe the Cave Jotun

Thunder Lotus Games have prepared a special leaderboard just for the occasion and anyone who posts the best stat in any category for any of the three bosses will win one of 9 download codes for Jotun: Valhalla Edition. The code you win will be open to any system of your choice and is to be given to one of your fans, but that’s not the only prize available. Any challenger who can best Hagalaz the Storm Jotun, will win an official Jotun t-shirt, which can also be given away to fans.

Lastly we come to the Grand Prize, the challenger who posts the highest number of best stats to the leaderboard, will bag themselves two Jotun: Valhalla Edition Art Prints, one for the challenger and one of their fans.

Even if you’re not in it for the prizes or even competing, this is an event you will want to see and follow, so make sure you pay close attention @JotunGame as that is the twitter account that will be covering the entire event and keeping us all up to date.

But should you be one of those who are competing, you might want to give this video a watch. These Tips & Tricks will certainly come in handy: