Yo-Kai Watch: The Movie Is Headed to the US, but for One Day Only! 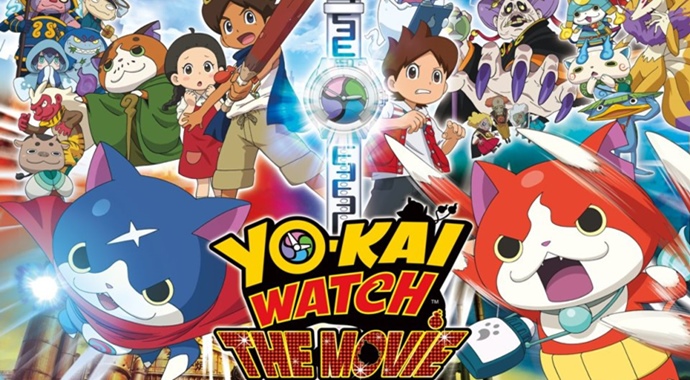 For Yo-Kai fans based in the United States, you might want to whip out your calendars and draw a huge circle around the date October 15th because that will be the day you can see Yo-Kai Watch: The Movie!

When the film released last year in Japan, it was the highest grossing Japanese film of the year and while the film will not be able to achieve the same success due to its one day of screening, the 1 hour and 40 minutes long film, will be screened nationwide. Those who do attend the film will get an exclusive Hovernyan Yo-Kai medal and get to see “never before seen content that is exclusive only to movie theatres.” The medal “will work with Hasbro’s new Yo-Kai Watch Model Zero toy.” As for the QR code on the back of the medal, well if you scan it into either one of the Yo-Kai Watch 2 games, you’ll be able to unlock a special award as well, so this certainly is an event you don’t want to miss !

Tickets to the show can be brought online, so click here to access the Fathom Events website so you can begin your journey of purchasing your cinema tickets and because we like to spoil you, here’s the movie write-up and a teaser trailer. Enjoy:

“In YO-KAI WATCH: THE MOVIE EVENT, Jibanyan, Whisper, and Nate meet a heroic Yo-kai named Hovernyan, and must travel back in time to team up with Nate’s adolescent grandfather to stop an evil Yo-kai from taking over the world! Can they discover the secret origin of the Yo-kai Watch and save humanity before time runs out!?”