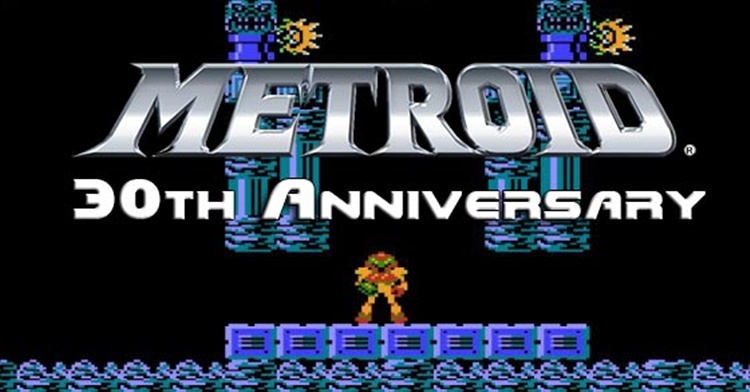 Well Guys and Girls, our favourite intergalactic bounty hunter Samus Aran has been gracing our screens for 30 years today in the action adventure game Metroid. Co-developed between Nintendo’s Research & Development 1 division and Intelligent systems. Metroid was quite a solitary experience, spending hours upon hours in a series of labyrinths trying to hunt down the likes of Kraid, Ridley & Mother brain whilst taking out countless jellyfish-like beings known as Metroids. It was probably one of the most difficult games on the Nes at the time and though it’s fanbase is not as big as Super Mario or The Legend Of Zelda, they are pretty Die-hard.

Though I am not a fan of the series personally, I am a sucker for a blonde and Samus Aran is as gorgeous as she is resilient. I was first introduced to her character in the Original Super Smash Bros. on the Nintendo 64. I didn’t know she was a she until I read her character bio in the game but she was one powerful character and was more than capable of taking on the likes of Master Hand on Very Hard mode. I have mained her character since in later installments to the Super Smash Bros Series but have never played a Metroid game. I have played the demo but I couldn’t get into it. I feel that it series that has lost a lot of steam as their has not been another Metroid game since 2016 unless you count Metroid Prime Federation Force on the 3DS and let’s face it, no one is counting Metroid Prime Federation Force.

Samus Aran, we love you and your fans love you. We hope you are having a great birthday blowing the merry hell out of Space Pirates and we shall keep praying for your return on Nintendo’s next console, the NX.