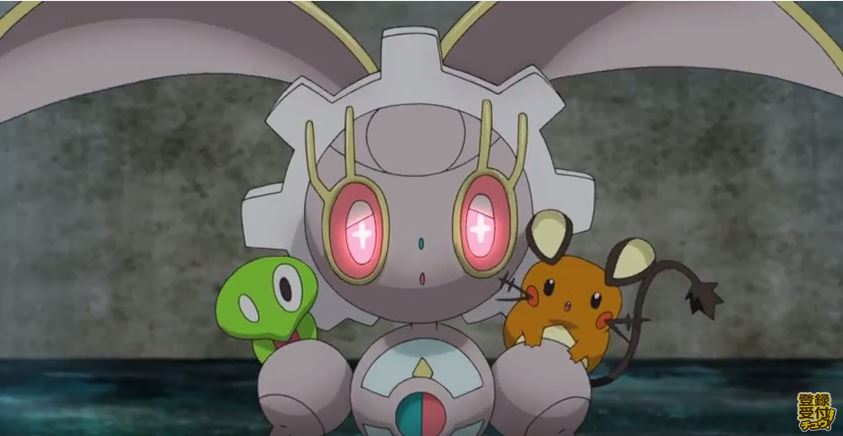 For anyone who has heard about Magearna sporting alternate colours, as revealed by CoroCoro, I hate to burst your bubble everyone, but the colouring has nothing to do with a new form. In fact, it’s simply an old paint job.

This bit of news comes from new footage of a trailer for the upcoming Volcanion and the Ingenious Magearna movie, as it shows the 500 year old Pokémon with paint peeling off it, the paint being the Poké Ball colourings seen in the picture below:

The trailer was shown at Japan’s World Hobby Fair, where fan @hinopika recorded it and posted the recording on Twitter for all to see, so why not see it for yourself:

Although the alternate colours are now confirmed to be a paint job, it doesn’t mean that Nintendo won’t still implement it as Magearna’s Shiny form for Sun & Moon, but with more Pokémon news set to be revealed on July 1st we might get to find out then, but it’s doubtful. Still that’s not the only reveal we can expect as it’s been confirmed that the Japanese variety show Pokénchi, will be showcasing a new video and sharing new information on new Pokémon, but it’s just as likely as being the information CoroCoro and E3 revealed this month.