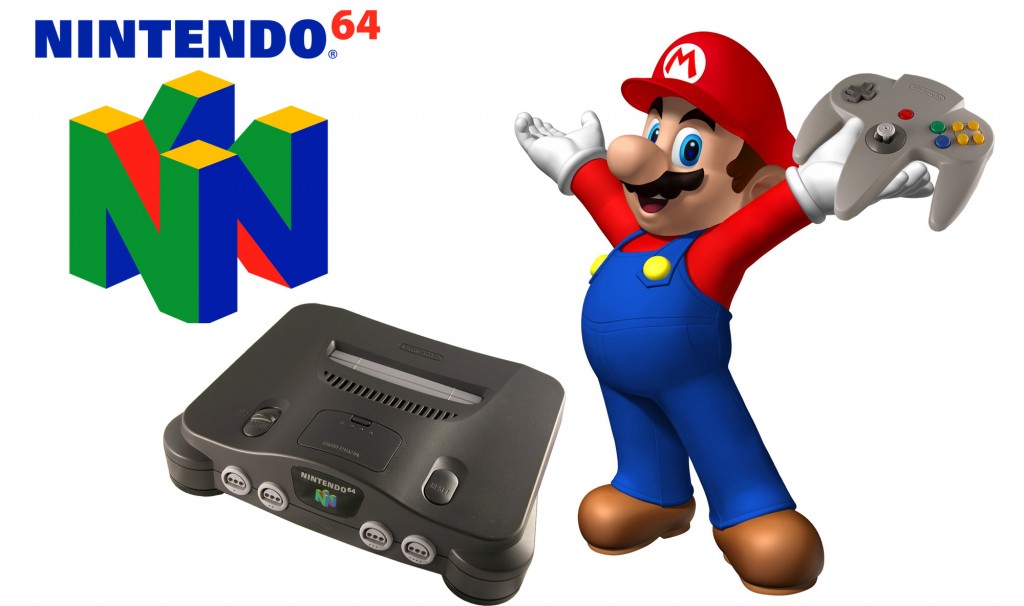 The Console That Spawned A Generation, The Nintendo 64

The year was 1996 and videogames were about to make a change for the better. On June 23rd, Nintendo released the Nintendo 64 and along with it, Super Mario 64. The game truly stood out against the rest. Not only did it bring the world’s most famous plumber out of two dimension and into the third but it inspired almost all videogame characters to follow suit. It is incredible to believe that the Nintendo 64 and Super Mario 64 are now 20 years old.

I remember getting the Nintendo 64 for my birthday along with Super Mario 64 and Banjo-Kazooie. I was in awe to be able to experience a whole new way of gaming. To not just go from left to right or up and down but to go forwards and backwards and to witness a whole new world not just in front of you but around you as well and to actually feel a part of the world you are playing in was an overwhelming feeling.

One of my birthdays, I distinctly remember using all of my birthday money to buy N64 games. I picked up 1080° Snowboarding, Turok 2: Seeds of Evil and Castlevania 64. I enjoy playing them all on the N64 and spent many hours playing each game. However, playing Mario Kart 64 with my best friend Chloe is certainly a memory I will always cherish.

14-year old me playing on my N64 with my friend Chloe.

The Nintendo 64 spawned a new generation of gamers and it cemented my love for videogames and Nintendo. From its innovative gameplay to its funky controller that could be hit and miss on its large library of games. I was always a fan of Nintendo ever since my first NES but it was the N64 that really put me on the path of Nintendo devotion, so much so that it is why this website is called Miketendo64. So I would like to Thank You Nintendo for the amazing experiences you have given me and  for the many more to come and Happy 20th Birthday to my all time favourite videogames console, the Nintendo 64!

Whilse we still wait for a Nintendo64 Classic Mini edition to be announced, there are still some incredible games that can be played on the original console. Though the games can be hard to come buy these days barring car boot sales, yard sales, second hand markets or pawn shops. It has been made a lot easier thanks to the internet with online stores dealing precisely with the retro gaming market. If you are looking to rekindle your love with the Nintendo 64 or perhaps want to know what the fuss is about with some of its iconic games, you should certainly check out the likes of theoldschoolgamevault.com.

Until Next Time, Keep on Gaming!