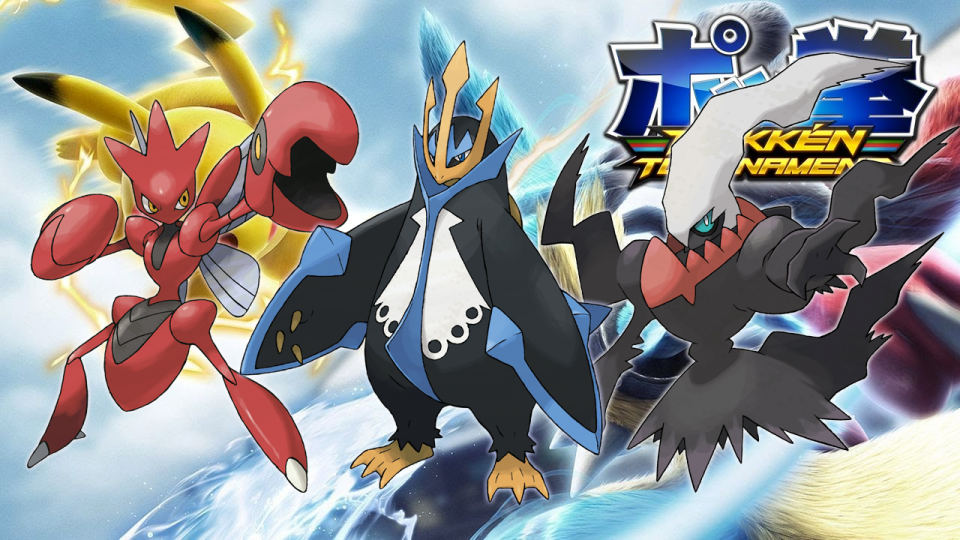 Is DLC Coming To Pokken Tournament?

Even with the E3 and the aftermath of the E3 reveals, dominating the headlines last week, Pokkén Tournament, a game that wasn’t part of all the E3 madness, was making some headlines of its own.

Headlines such as Tournament receiving a new update for the Wii U version, a new update is coming to the arcade version, which enable users to play as Braixen, Garchomp and Shadow Mewtwo, who before the update was revealed, was exclusive fighters for the Wii U version. Then of course it was the week the Pokkén Tournament Championship Series event was announced to take place in Sweden, at DreamHack Summer 2016 and got underway. But the most interesting tidbit of news we got was what a redditor (Reddit user,) named BananaMuffinFrenzy uncovered in the date for the new update.

As well as the changes to the fighters we do know about, turns out in the data of the new update, three new fighters are mentioned, along with a few moves for the new fighters. (Darkrai, Scizor and Empoleon.) But even then that’s not all because it’s looking like there might actually be a fourth fighter as well, who no one seems to know anything about and given their sudden inclusion, we’re inclined to think Pokkén Tournament could be getting some dlc in the near future.

Ever since first getting my hands on Tournament, I had this feeling in my guy it would become a dlc game and that we would get more fighters and some new arenas, released as part of dlc packs, which some we would have to pay for, but others being free and given and with a fighter-game content like Tournament, let’s be honest, they can get stale over time. Sure there’s the Championships, but fighting games live longer and become more popular with new content, (take Smash for example,) so I truly believe we can expect to see them same thing here. Pokkén Tournament has always felt like it was missing four characters and now at least we know of three of them. The only question left is, not who the fourth fighter will be, but will there be new arenas as well?

Also given the popularity of the three uncovered fighters, (Darkrai being the obvious one,) Pokkén Tournament’s would spike as there are still many who didn’t purchase this game because it doesn’t feature a Pokémon they wanted to play as and since I am so sure of new dlc being on its way, I’ll even wager we’ll hearing and seeing about it, within the next two months. But that’s my thoughts on the matter, what’s yours?