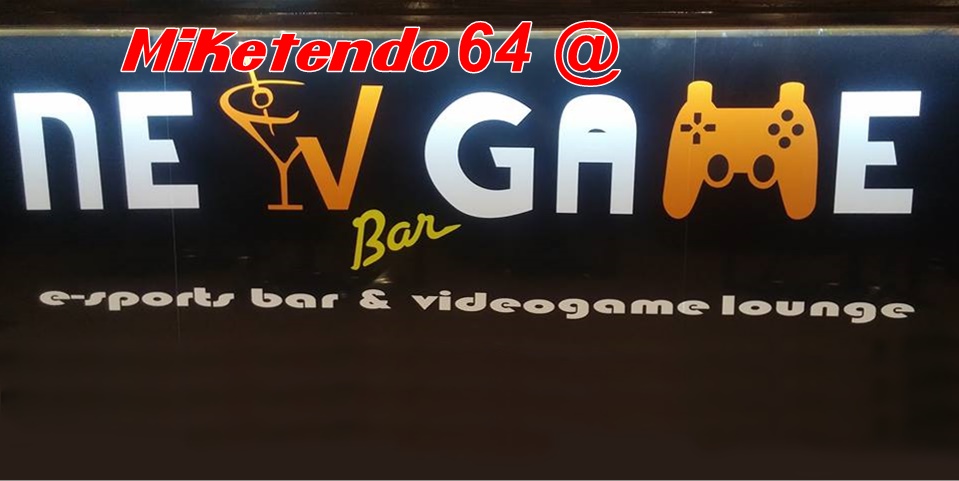 it is not every day a videogame themed bar opens up, especially in a world that is dominated by sports bars, bistros & Gastro pubs. However, I when I heard that a videogame bar had indeed opened up in Malaga Spain, and by none other than a buddy of mine, I just had to check it out. I called up my Bro and Editor-In-Chief Jack Longman and together, along with our sister Ashleigh and my girlfriend Veronica, we made a special road trip to Malaga to check out this potentially awesome new bar which is aptly named “New Game Bar.“

Close to Malaga University and the Justicía building, New Game Bar is very well situated as it is also close to the metro and bus stop which has 4 different bus routes so it is very well connected  and with plenty of car spaces around (and a car park nearby) there is literally no excuse not to visit this bar unless you live hundreds of miles away (or more).

The Owner, Cristian Martín García runs the bar with his girlfriend Rocío Martín Cortes which possesses the latest generation of Games Consoles and Gaming PC’s and the latest games with designated zones for all and a huge Wall screen for tournaments and eSports viewings. I was surprised with how cool the placed look and the atmosphere was just how it should be, relaxing yet fun! But why talk about it when I can show you in our special video below which you can also watch on our YouTube Channel.

Thank You to Cristian and his team for the amazing experience!