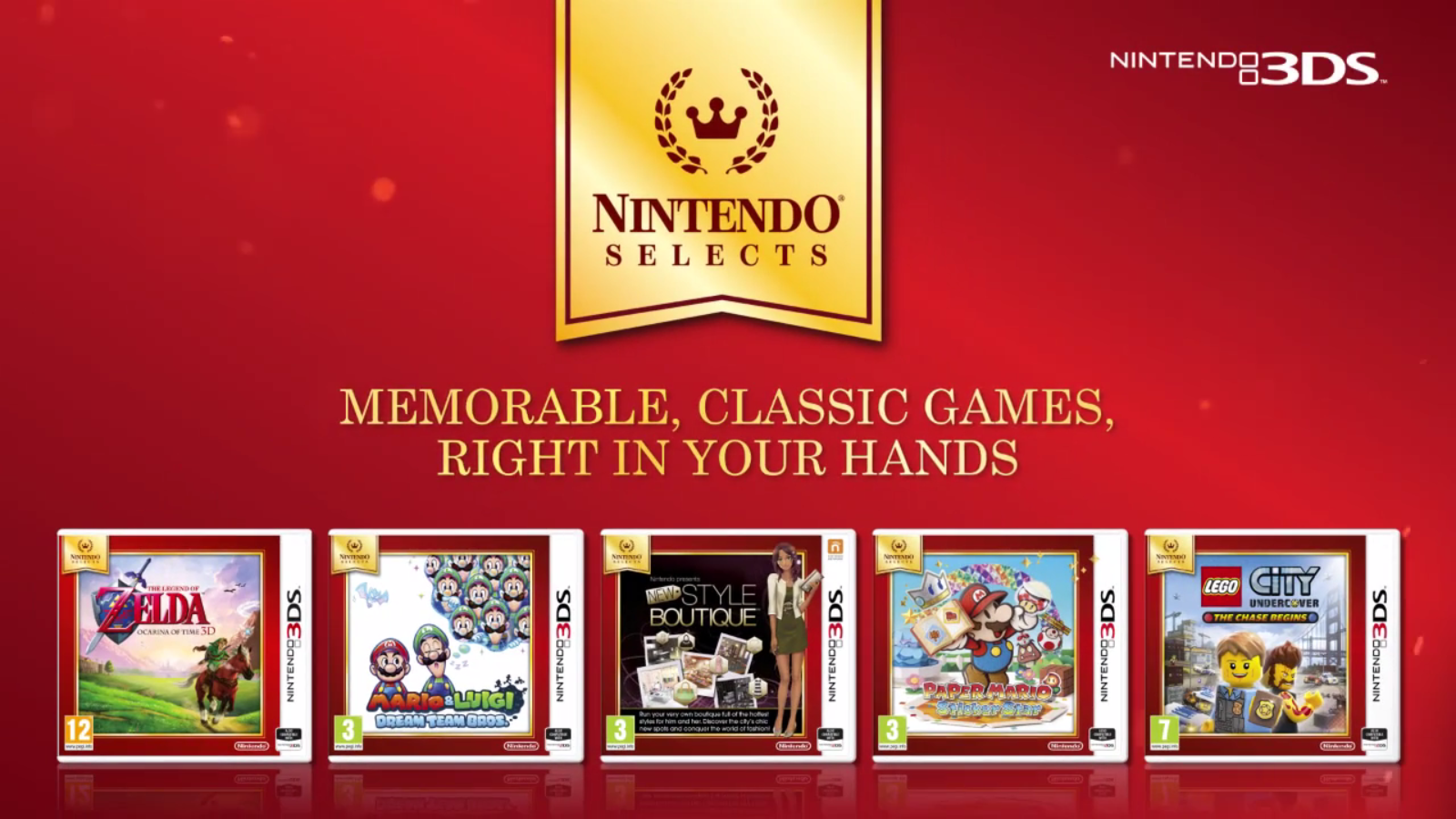 Live in Europe? Own a 3DS? Like great games like Ocarina of Time 3D, but can’t quite afford it? If you answered “Yes” to all, you’re in luck because in Europe 5 new 3DS games are being granted Nintendo Selects status.

Next month, after E3 and the US retail release of Minecraft: Wii U Edition, on the 24th of June, the following games are the newly added Nintendo Selects titles you can expect to pick up at the lower cost of €19,99/£15.99:

The Legend of Zelda: Ocarina of Time 3D

It’s great to see Nintendo continue to expand on this, although that said it would also be nice to see more titles added for North America as well, but if you are in Europe and don’t have any of these games already but are tempted to buy one, here’s an official trailer in action: