Skip to content
3DS Mike Scorpio Miketendo64 Personal Views The Legend Of Zelda Vic88hgn Wii U Zelda You: Our Stories 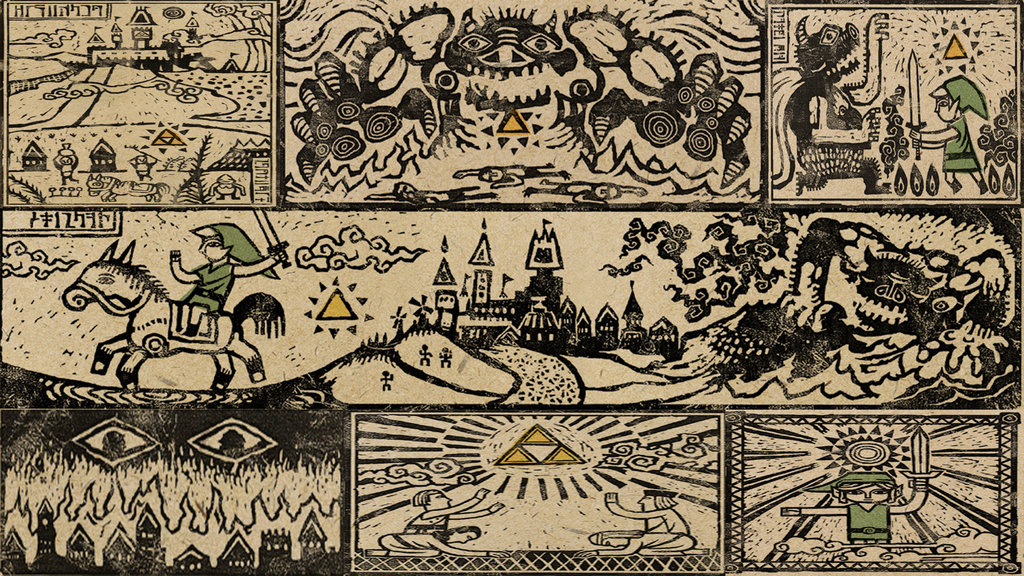 Last week we were announcing it and this week we’re implementing it. Hello and welcome all to our new series of regular features, Zelda You: Our Stories. This is a series all about one thing, The Legend of Zelda and our love for it and with it being the 30th anniversary, we encourage everyone to send in their Zelda stories and experiences so we can share here! Kicking off the series, we welcome you to the Team Miketendo64 Edition, an edition full of Our Stories! Although why cram all of our stories down your throat in a single instance when we can do split it up into 3 parts? So with that in mind, this is Part 1!

Mike Scorpio: “We all remember our first Zelda game and that moment where we find ourselves truly captivated in the amazing world in front of us. There are mountains to scale, lakes to submerge into, dungeons to master and a damsel in distress for us to rescue and the multitude of side-quests to keep the player entertained and feel rewarded afterwards. Whether it was the very first ‘The Legend Of Zelda’ on the NES or ‘The Wind Waker’ on the Gamecube or like me, it was ‘The Ocarina Of Time’ on the Nintendo 64.

When I was 11 years old, I remember the first time I gazed eyes upon my first Zelda game, I was watching my neighbour playing it. I didn’t know it at the time but I later learned that he was in the Goron mines and making his way to the fire temple. Link was in Red Goron Tunic and was trying to grab a heart piece at the end of a lava pit. I was intrigued by the gameplay and ultimately asked my parents to buy me the game for my birthday. It was November time and I was being a naughty boy and searching around for my presents. My parents were out so it was a good time to nose around and low and behold, under my parents’ bed, I found it. It was The Legend of Zelda: Ocarina Of Time for the Nintendo 64.

I inserted the cartridge into my N64 console and before I knew it, I was taken into a world that filled me with awe and wonderment, I was a child of the forest who had to slay monsters that had infested inside the Great Deku Tree, Meet the Princess in which the game gets its namesake and save the world from a terrible evil, all whilst completing side-quests to make the lives of other characters in the game easier and content. I continued to play in secret up until my birthday which, I then was able to play officially.

I will always remember that moment when I was only a boy with the fate of Hyrule on my shoulders and that it was up to me to save it. It made the experience truly unique and fulfilling. Whatever game in the series it was for you that started your love affair, it has ultimately shaped us into the fans we are today. Whether you are the just a fan of a few games in the series or the proud owner of a vast collection of Zelda games and memorabilia that would make most of the Zelda Fan world envious, we are all at the end of the day fans of one of the most memorable and compelling Game series of all time.”

We hope you enjoyed Mike’s tale and now we have Victoria’s to enjoy:

Victoria Thorley (vic88hgn): “My Zelda journey began in the mid-90s with Link’s Awakening on the Gameboy. It was very different to the games I had played before. I loved the game almost straightaway. It had a very magical feel to it as well as creepy at times. I would play it until the batteries died. Although I loved it, I never actually completed it until I was older and played the colour DX version.

I am currently playing it again on my 3DS. It really ignited my interest in the Zelda franchise as a child, so getting Ocarina of Time and Majora’s Mask 3D was a no brainer, and they are among my favourites.

I’ve since played every official Zelda game to date, and the spin-offs that were available where I live. I’m very much looking forward to Zelda U/NX and I don’t mind the delays if it makes the game better. Zelda is still able to capture the magic all these years later and I hope it continues to do so.”

For the rest of the Zelda stories from our staff, which includes my own, be sure to check out parts 2 and 3 of the Team Miketendo64 Edition when we release them. But just remember we do want to hear and share your stories too! The details to do just that can be found in the next two paragraphs.

All those willing to put their story/experience forth will be credited for it and are allowed to submit photos of the own choosing to also be used. To submit photos, be sure to visit our Facebook Page Miketendo64, where you can either post your pictures to the page, or just message them in to us. You can also tweet your photos directly to us, just send them to @miketendo64. Or go straight for the jugular and email us your photos and story by sending them to miketendo64@gmail.com.

So until the next edition of Zelda You: Our Stories, till next time folks. You’re never too old to get your GAME on!