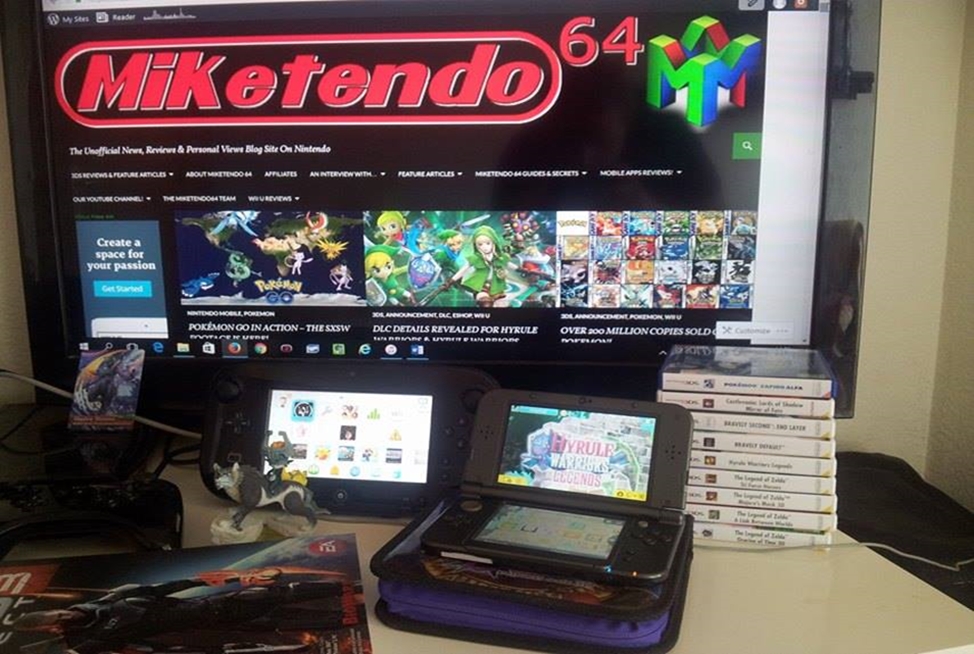 My Year of Miketendo64

As I sit here typing this, I find myself dazzled by the fact that U have been a part of Miketendo64 for almost a year. Sure we officially started back in May of 2015, but eleven and a bit months is close enough for me and still worthy of writing this one year on piece.

Why may you ask? Well a year ago, I was a just a writer in-between gigs and growing tired of writing the type of content I was writing at the time and then my brother, Mike Scorpio told me about his plans for creating Miketendo64 and what he hopes to do with it. With a shrug of the shoulders I decided to aid him in his endeavour, be it purely on a part time basis and just to help him find his feet with it, get the ball rolling, a move which would see my first piece come out near the beginning of June. But then I became invested, I wasn’t just writing a piece or review here or there to help him out, I was writing them because I grew to love doing it and working for my brother’s sight, so much so I went out and brought myself a New Nintendo 3DS XL and started posting more content than ever. Just this month I published my 200th article for Miketendo64!

Now I don’t do any of this for money, nor do I do it for profile raising success, but I do it out all my own personal enjoyment and you know what, there’s been some perks too. Be them games, guides and a handheld that were paid for out of my own pocket, or the Miketendo64 expenses account, as part of a very special reward system, I have found myself the owner of three game guides, (two of which are Prima Guides Collector’s Edition,) six new Wii U games (among them being Bayonetta 2, Super Mario Maker, Twilight Princess HD and Pokkén Tournament) and nine games for my 3DS. Then there’s my Wolf Link amiibo and Shadow Mewtwo amiibo card that came with two of my games and carry cases for my handheld.

But that’s just the physical rewards, something (ok, maybe a lot of “somethings,”) but at the end of the day they are just memories and come a day when decades have past and I find myself far older than I am now, those possessions will be gone, but the memories of what I created with my brother will remain. We might have started out as just two brothers working on a blog together and maybe to some we still look like that, but together we have created our own voice on the world wide web and with every passing day, our site is getting more and more visitors and our views are continuing to reaching new milestones. Although no longer are we just two as thanks to our recent Miketendo64 Needs You piece, a few of you, regulars to our little domain have expressed your desires to join in with our cause and now as we move closer to May, the month of our true 1 year anniversary, we get there as a bigger and more established Miketendo64.

Will we be able to continuing growing and eventually become a site like NintendoLife, or even GameXplain? Probably not and why would we want to? We have our own voice, own style and own way of doing things and after close to a year of doing just that, why should we change now? Plus we must be doing something right when our most recent Shovel Knight piece sees us receive a thanks by Yacht Club Games on Twitter!

So as I type out my final thoughts, our site currently sits at 32,153 views and I really hope that come the 5th of May, we’ll find ourselves at my target goal of 36,600 views, (1oo views for every day we’ve been in action.) Also what kind of a sign off would this be if I didn’t spare the words to thank you all helped by making our journey what it is and welcome all of our new colleagues. May we all have some fun working with one another.