Biting The Bullet With The Wii-Wii U Transfer 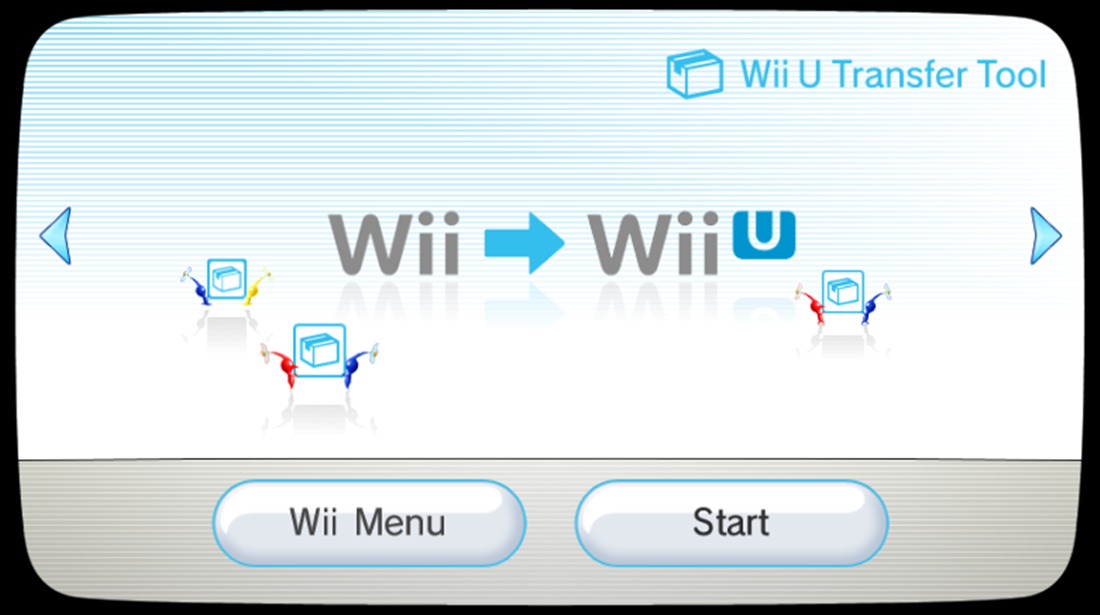 Wow! What a palaver that was! Yesterday I helped my brother transfer his Wii Save Data over to his Wii U console and the whole process could not have been any more long-winded. Most Wii U owners have probably already done this when they first bought the Wii U but for those that haven’t yet, allow me to indulge you in the lengthy process that is the ‘Wii-Wii U Transfer.’ Not all Wii save files can be copied onto a SD card and transferred to another Wii Console or Wii U. Those that have online features are ‘locked’ to the console’s Nintendo Network, not like the Wii U that is connected to your online Nintendo ID. So in order to transfer these ‘Console Locked’ save files and other stuff like ‘Channels’ or Virtual Console games, you must do a Wii-Wii U Transfer. The only considerable drawback is that all data on the Wii will be erased once the transfer is being made, so there will be no going back from this point onward. Therefore it is not so much copying save data to store in another place but a permanent movement of information from one place to another. Anyway with that little disclaimer out of the way, here we go!

First, both consoles need to be connected to the Internet. You will also need a spare SD card with at least 512 mb of space that you will need to help with the transfer and of course a Wiimote to use on both the Wii & Wii U (2 is preferrable to minimize constant resyncing. For those that live in foreign regions be sure that both your consoles are adjusted to the same country as is the Wii Shop Channel and Wii Connect24. All done? let’s continue. On the Wii U, you must access the Wii Mode and then select the Wii-Wii U transfer channel. Read and follow the on screen instructions and then prepare the SD card by inserting it and press next. As most of you may already be aware, the Wii U can be very picky on what kind of SD card you use, even if it is an official ‘SD’ card. That took a while in itself to prepare the card to be ‘prepared.’ You must then turn of the Wii U console, eject the card and insert it into the Wii.

With me so far? Good. You must turn on your Wii and then download the ‘Wii U Transfer Channel’ on to your Wii and then follow the on-screen instructions. You will eventually get the option to save all your Wii data to the ‘Prepared’ SD card. once you are victorious to get this far you may then sit back and watch a special loading sequence with Pikmin picking up and carrying all your save data from the Wii Database, through various corridors and over narrow ominous platforms to a waiting Space Rocket to transport all your data across space from the Wii to the Wii U.

Once onboard the Rocket and on its way to the Wii U, you will be prompted to remove the SD card and then insert it into the Wii U. Turn the Wii U on again, go to Wii mode and enter the Wii- Wii U Transfer channel for the final time. Follow the on-screen instructions again and now prepare to watch another loading cut-scene of the Pikmin landing the rocket in the Wii U docking port and carrying the save data across more narrow passageways and corridors until finally reaching the heart of the Wii U Database and placing the data on the pad to be absorbed. At last! The ardous journey is over and leaves you feeling like you had literally made the journey yourself but low and behold, all of your Save Data, Wii shop points, purchased channels and more will now be loaded onto your Wii U. The transfer data on the SD card is no more and you can now enjoy your Wii games and purchases on your Wii U without haveing to repurchase or start them from the beginning again.

If you have not done the transfer yet and thinking of doing it, I hope you find this article useful and that it helps you prepare for the time-consuming task that lies ahead. If you would like to see the video of the Pikmin moving the save data from the Wii to Wii U, you can check it out in the embeded video below by Rodriguezjr.