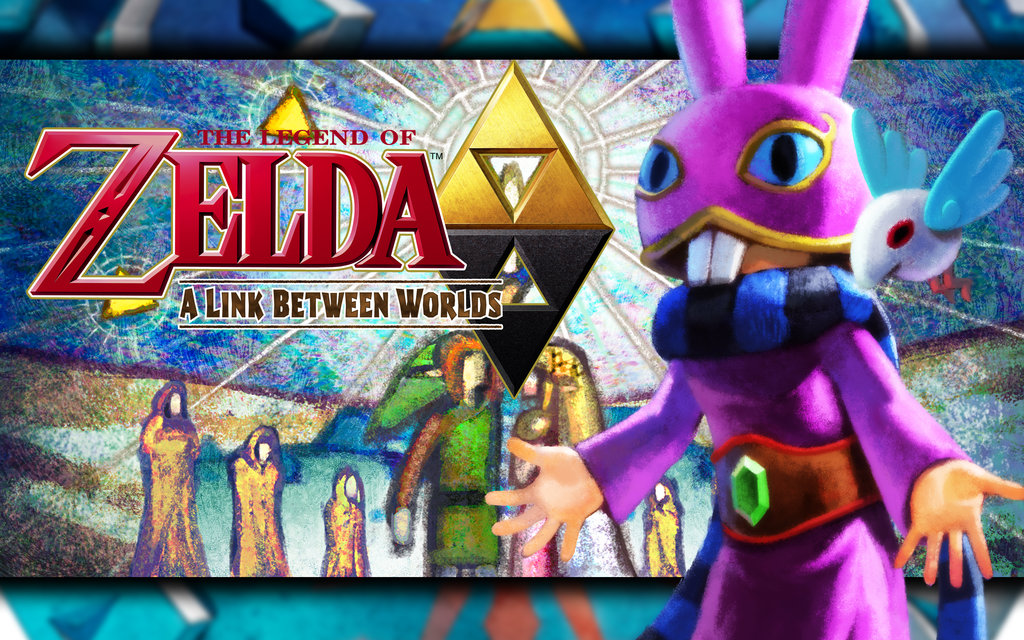 Ravio – The other Tri Force Hero?

Ever since his reveal, Ravio has always been close to thought, especially when it comes to both his chosen item of clothing and all the items he happens to have in his possession with no actual explanation as to explain why, other than he is a storekeeper.

He is the Lorelean counterpart to Link, except instead of being a courageous hero like his blond opposite, Ravio is actually considered to be quite cowardly, but I don’t think so. Hilda was and is his friend, a friend who happened to be working with Yuga to claim Hyrule’s Triforce, yes you have to do what is right for your friend, especially when you know they are wrong, but not many do and Ravio didn’t do that. Instead of having the courage to stop her himself, he went in search of the one who could, himself, the version of him that is brave and could help him not save Hyrule, but both Lorule and his friend as well. Ravio actually showed a lot of courage there and given as how his kingdom is without its own Triforce, should it be exactly the same as its Hylian counterpart, then the Triforce of Courage is no more and every boy who could be the Lorelan hero of lore, are without courage, resulting them in the same “cowardly” manner we saw Ravio portray.

It is my belief that Ravio could very easily be a hero in his own right, a hero reborn just like Link, except his spirit is not just limited to his own kingdom, but elsewhere as well. Link is no stranger to alternate tunics and armour that come in both red and blue, but never purple, never. And yet in the Four Swords and Four Swords Adventures, we see a Link in a purple tunic. Yes the four Links are in fact a singular Link split into four, but with each one having different personalities, it doesn’t really make sense, unless there are other spirits involved, such as fallen heroes of old that help give life to the existing hero’s copies.

If anything, with the release of Tri Force Heroes, with the Totem Heroes, a trio of heroes who all work together, they could very well be the spirits behind the four swords, with Ravio acting as purple. Or there’s a different theory altogether. A theory that also includes Ravio being the fourth Link and that if he is purple, and that Link is green, then they might not be the only incarnated heroes that make the four. What’s that you say? Please elaborate? With Link and Ravio being Link’s one and four, it is entirely plausible that two other alternate heroes could make up the other two heroes, heroes such as red and blue. Heroes whose spirit have come as one across all realms and created the Four Sword, a singular weapon that can only be discovered in the realm that requires its purpose jumping from world to world, ready to be drawn and called to action as the “hero of his realm,” gives life to the spirits of his equals.

Moreover, with the existence of Lorule and Tri Force Heroes a direct sequel to A Link Between Worlds, it only stands to reason that there is also a Lotopia, which could also be a realm that suffered a smiliar fate as that of Hytopia and is also very fashion forward. Ravio could have actually been born there and enlisted into the Wtich hunting Brigade and made to serve the kingdom. Working with a team of three or on his own, could explain how he came to acquire the weapons he possesses, but also the very costume he wears. Yes his appearance is based on the fact that in A Link to the Past, when Link enters the Dark World he turns into a bunny, but even then, Nintendo does like to connect the dots and Ravio’s outfit had to have come from somewhere, why not Lotopia? Although given as how Lorule mirrors Hyrule with opposites, it stands to reason Lotopia could prefer masks and not costumes. Costumes are for showing off, masks are for hiding who you are and you can especially expect to hear more about this matter in my next piece.

Either way, Lorule is a kingdom with its own legends and hero as mentioned in the game, and there really is much about Ravio we just don’t know, which means there is a whole lot of open possibility and I would love to learn more about him and his exploits, plus purple had to have come from somewhere, so why not Ravio?