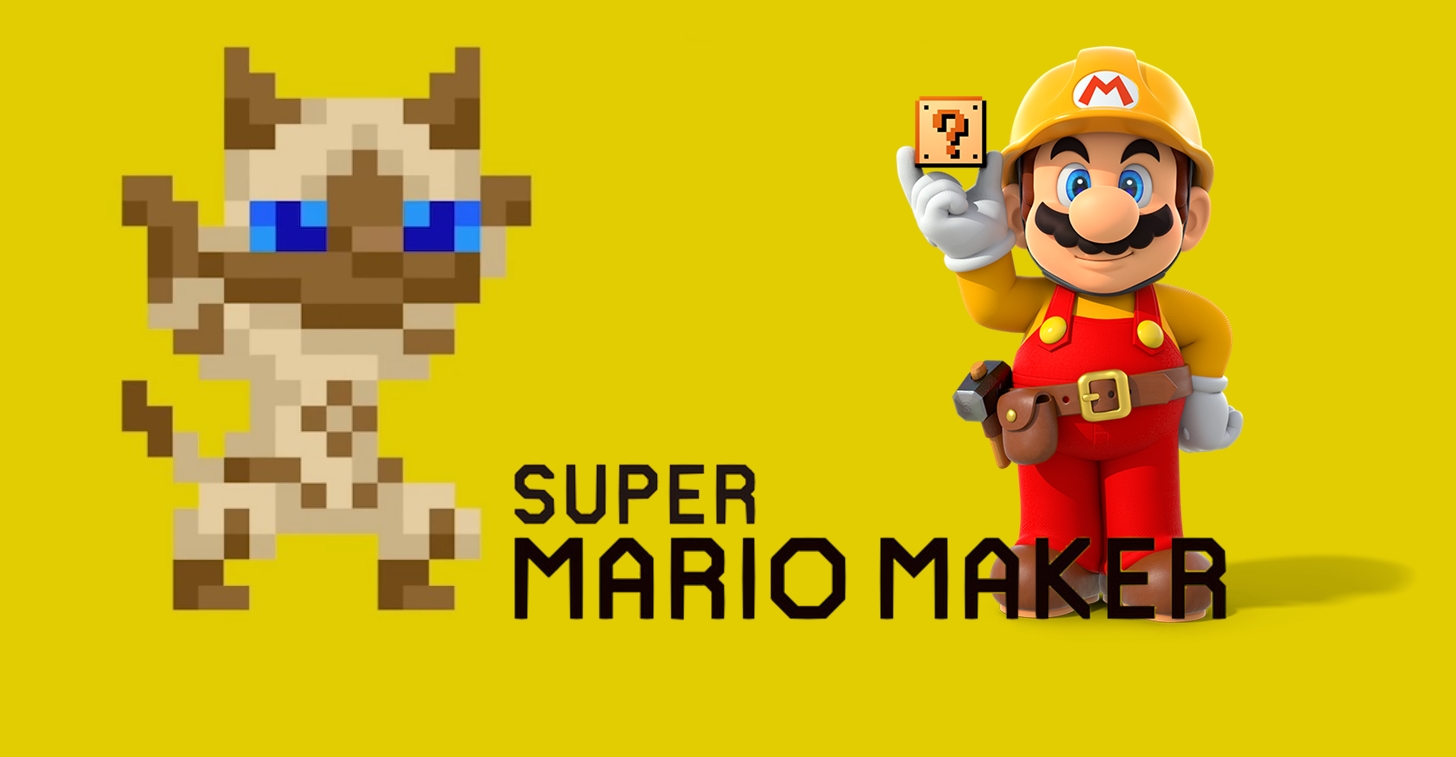 With Smash getting Cloud, Super Mario Maker got its very own Felyne warrior thanks to an all new event costume, placing itself as costume 111 and is now the 10th mystery mushroom costume available to be unlocked from the Event courses. After all, Fighter Fly doesn’t count since you have to beat Gnat Attack on hard mode to have the pleasure of unlocking that costume.

Now Felyne may not have been the Cloud costume I was holding out for, but at least this new costume brings with it a further 9 to be unlocked sometime in the distant future and you never know, Cloud might still make an appearance much later on, when his very own amiibo receives its 2016 release. You never know, Bayonetta, Corrin, Roy and Ryu might even be joining him. Most likely not, but it would be cool and with the exception of them and the Mii Fighter, every other available fighter from Smash Bros are available as costumes in SMM, so it would only be fitting to add the rest.

Either way, that is neither here nor now, what is here is Felyne, the mascot of Monster Hunter, a gaming series whose latest game, Monster Hunter X is killing it in the Japanese market, having reached 2 million sales and still soaring and after a spat of one Mario costume right after the other, it’s nice to get something different. Sometimes you really can have a little too much Mario and seriously, how much longer before Mr L gets to show his face and grace us with his presence, Super Mario Maker needs some more of the plumber in green. Although that aside, Felyne is another cat character, and I can’t say making him, for the same reason I can’t say making her, as Felyne’s are genderless, but either way, it is the third “cat costumed character” to join the party, what with Cat Mario and Cat Peach already having come out last month.

As for the event course itself, Ma Rio Hills is a very straight forward level to play through, posing no real threat at all and as for the layout itself, for a very quick to play level, it is easy on the eye, enough to make some like me, to reply it just to spend a little more time in the Ma Rio Hills to take in the sights and for those of you who have yet to try out the level, you can catch the level’s description right here:

“As a Felyne warrior, your quest is to face the gigantic monsters that roam the uncharted region of Ma Rio Hills, and make it safely from your camp to the target point.

If you happen to have some difficulties on this level, be sure to check out our Super Mario Maker Event Course Guide, we have video play-throughs of every event course, so if there is one you are still stuck on, our videos are there to help you out. In the Video below is the costume itself in action on the ‘Ma Rio Hills’ Event Course.

Now as far as this first batch of ten go, Totem Link is hands down my favourite, but given as varied as the choices have been, one can only guess what the next nine to follow will be, but as long as Wolf Link makes an appearance, all is good. But he is just my selection, who has been your favourite to acquire and just would you like to see make it into Super Mario Maker next? Be sure to leave your answers below.