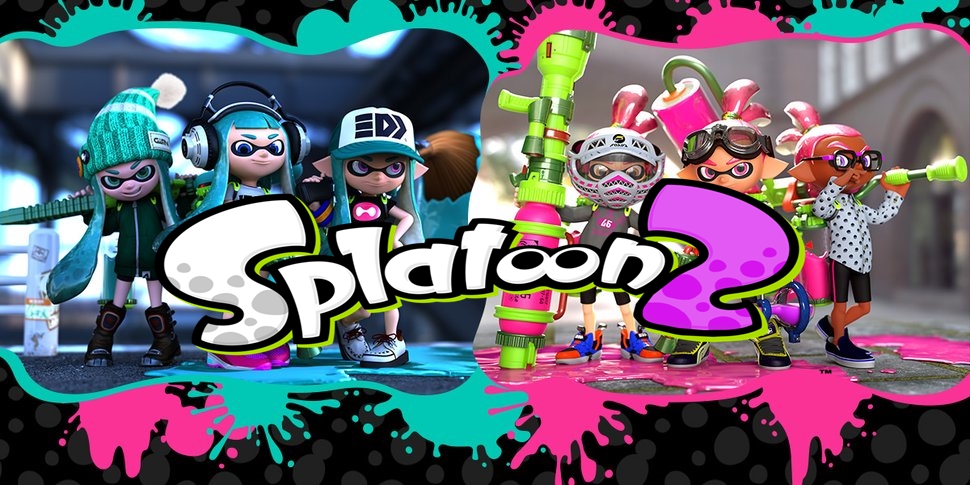 Right off the bat, let’s congratulate Splatoon for its double win at the Game Awards in Los Angeles. Not only did it win Best Multiplayer, but it also faced off against the likes of Call of Duty: Black Ops III and Halo 5 for a second time and Splatoon still came out on top in the Best Shooter category.

To beat two great games such as those twice is an impressive act, but then we are talking about Splatoon, the colourful shooter where you just get to ink all over everything and everyone on the opposing team. It is a game with an ever growing fan-base, is on the receiving end of new content updates that are free, but now it is also one of the games Nintendo gamers are really hoping to see on the NX and we’re not just talking about a port, but an actual sequel!

Most would settle for a port, and given all the content and levels the game now possesses, it would make a lot of sense as, especially since Nintendo themselves have stated they have no intention of needlessly making sequels, just to throw them all out on the same console, when instead they can just keep giving new content and updates to the games they already have out, such as all the dlc for Hyrule Warriors, Mario Kart 8, Smash Bros, Super Mario Maker (in the form of the Event Courses and unlockable costumes and of course its recent update). I honestly don’t think Nintendo should rush out and make a sequel to be released next year, if indeed the NX rumours of the new console releasing during the second quarter of next year. Nor do I think they should port the game over, provided the console has backwards compatibility, Splatoon will already be playable on it and by delaying a sequel to 2017 at the earliest, it means their shooter game can live for another year or two.

Of course there should be a sequel, as long as the flawless gameplay isn’t changed, but a multi-player online function is implemented and this time around, the story mode lasts for more than just a couple of hours. Double it, make it 10 hours of offline story mode, continuing the story onwards, such as the Octarians and Octolings coming back for revenge. Splatoon is one of Nintendo’s best newest games, so to not continue it would be foolish, but they shouldn’t rush a second instalment, or a NX port just to please the masses, when their continuous free updates with new maps, weapons and costumes, always available, just keep on coming.

Why are we gamers so obsessed with playing the next game, when we’re not even finished playing the one we’ve got? Enjoy the experience, not go “Played it, liked it, want the next one now!” That’s no way to play. It would be interesting to see what the next batch of content to be conceived is, you can’t just win two great awards and then not do anything about it in game, at the very least they could put out a Splatoon event course for Super Mario Maker and maybe even a celebratory level due to the fact that SSM also won an award for Best Family Game!

But yes, keep the colourful madness coming by all means Nintendo, you’re doing it right, don’t ruin all your good work by turning in your tracks and soiling a series whilst we’re all still enjoying the game. Sometimes the best thing you can do is to not listen to what people say, including me.