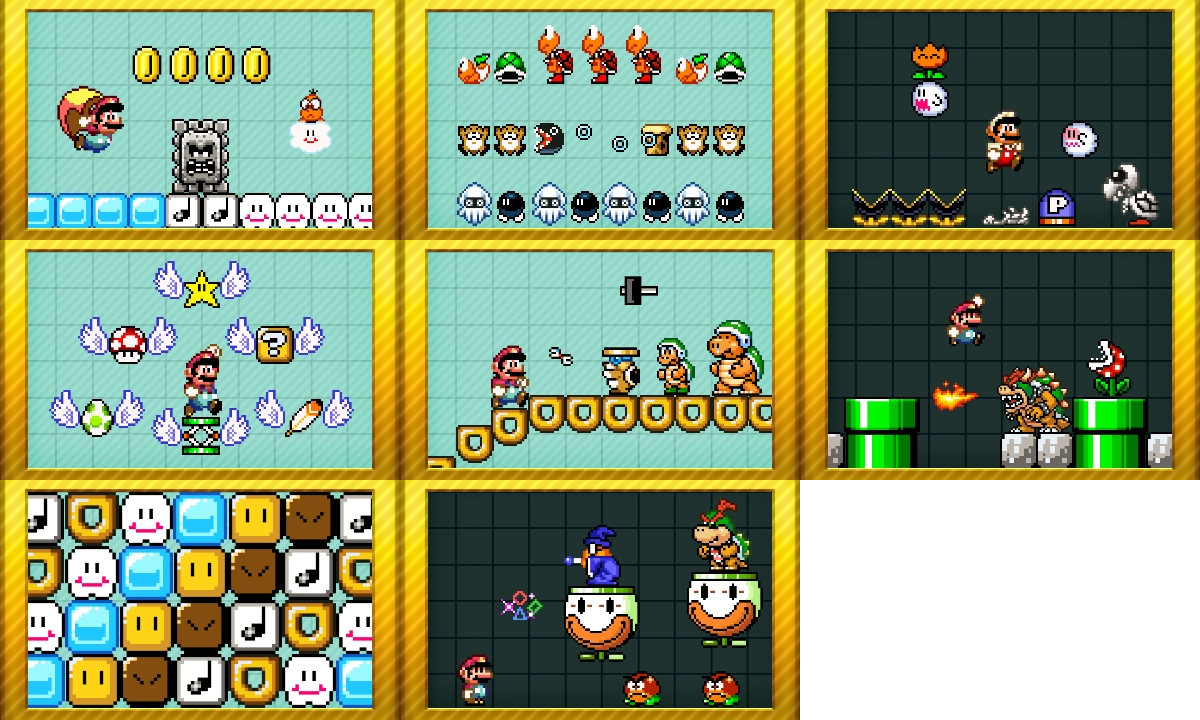 Just what new badges are in? Well we have enemies, power-ups, Mario, all of which are not merely limited to one style, but four as the badges come in the style of Super Mario Bros, World, Bros 4 and New Super Mario Bros U. There are even mystery mushroom costumes, a full 99 of them, which includes Wii Fit Trainer, but not all are available right now, that comes later.

So basically this means if you are a Super Mario Maker lover like me, you have to go crazy over getting as many badges as you can, just so that you can make some whacky Super Mario Maker inspired levels, right on your home screen, I’m thinking fire breathing Bowser vs Inkling. What game series are you hoping will come to the Badge Arcade next? Pokemon? Metroid? Or even Star Fox? Be sure to let us now!