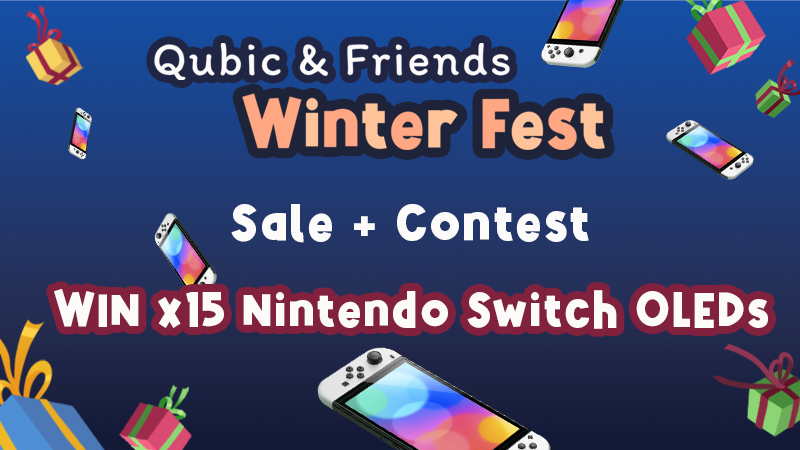 QubicGames has partnered up with the likes of All In! Games, Naptime.games, Tate Multimedia, and Untold Tales with a Winter sale and a giveaway of 15 Nintendo Switch OLED consoles. The Qubic&Friends Winter Fest Sale and contest runs from today until December 31st, 2021.

If you would like to know more about the sale and giveaway, you can find the official announcement from QubicGames below.

15 Nintendo Switch OLEDs up for grabs | Games from Qubic, Untold Tales, All In! Games, Tate Multimedia and Naptime.games

1 December 2021, Warsaw, Poland |  From December 1st through to December 31st QubicGames, alongside All In! Games, Untold Tales, Naptime.games, and Tate Multimedia will be hosting the Qubic&Friends Winter Fest sale and contest.

The sale covers 30+ games including titles such as Real Boxing 2, Golf Club: Wasteland, The Bitrip series, The Hong Kong Massacre, Paradise Lost, Tools Up and more. Discounts start at 50% off and go up to as much as 90% off on some titles.

For details on the sale and how to enter the contests, head over to the official Qubic&Friends Winter Fest” website:  https://qubicgames.com/winterfest/

The contest runs from December 1st – 31st, 2021. Two winners will be announced every week till the end of December. The shipping process may last till the end of February 2022.