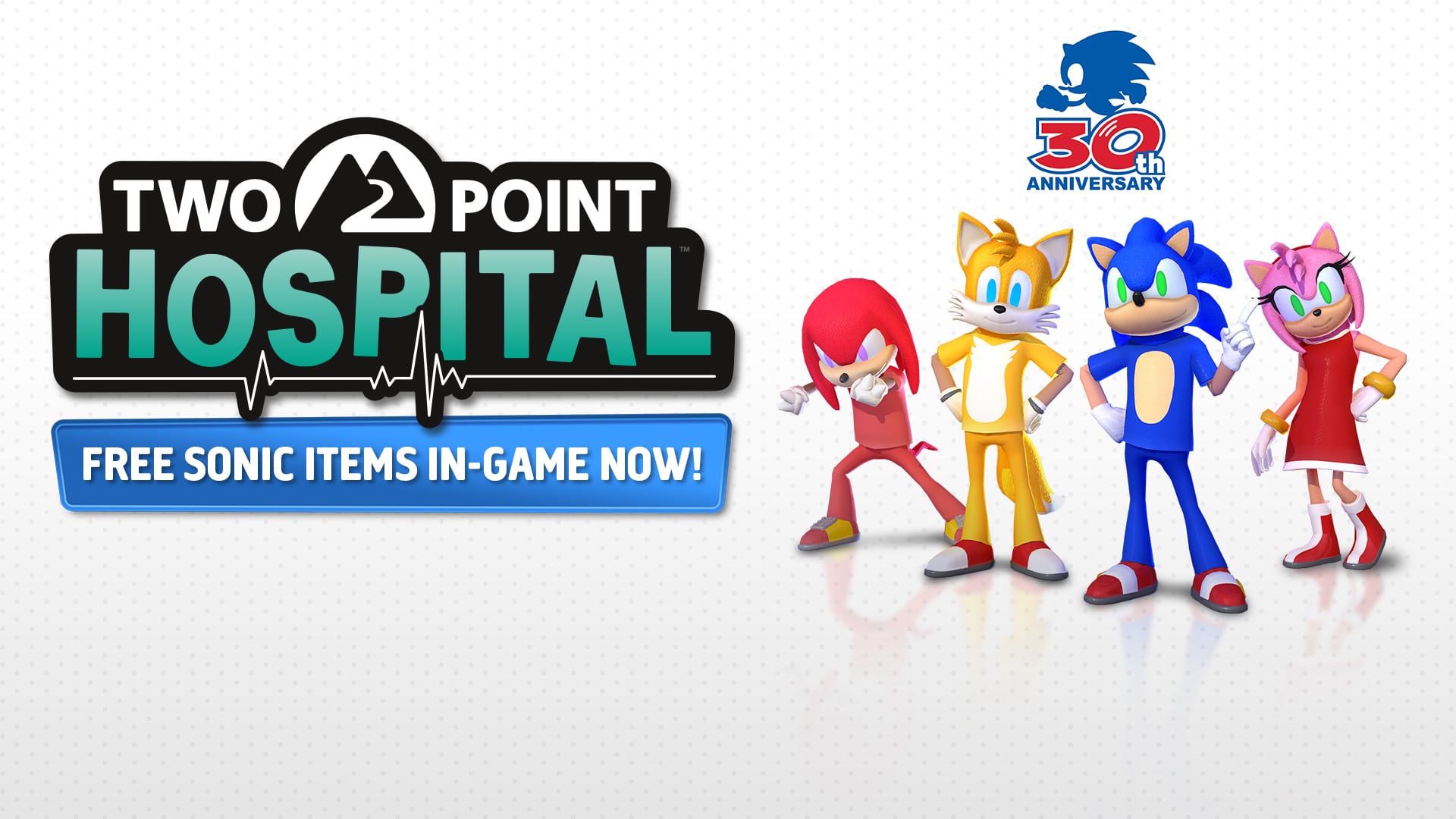 London, England – July 30, 2021 – SEGA® Europe Ltd. and Two Point Studios™ Ltd. are proud to announce the crossover event of the millennium, as the immovable object of Two Point Hospital and the unstoppable force of Sonic the Hedgehog® collide in an explosion of costumes, items, and joy. To celebrate Sonic’s 30th anniversary, players can now enjoy a whole range of new costumes and items for free in Two Point Hospital™ on PC, PlayStation, Xbox, and Nintendo Switch.

What’s more, Two Point Hospital is going to be free to play or discounted on PC and a range of console platforms to tie into the celebrations. Details below:

With a choice of four costumes in which to clothe your staff (Sonic, Amy, Knuckles, Tails), you can rest assured that your personnel will be looking tip-top as they shape up to deliver the very best healthcare in Two Point County.

And with items ranging from a stunning Sonic statue, decorative rugs and even a giant Gold Ring, you can be sure to find something suitably themed to pep up your hospitals in true Sonic style.

As huge fans of the lovely blue blur (and having previously featured a Sonic arcade machine in the game), Two Point Studios jumped at the opportunity to help celebrate Sonic’s 30th birthday.

“For us, it’s a dream come true to fully bring the joy of Sonic into our universe”, said Studio Director Gary Carr. “With discounts and free trials coming up to coincide with the pack, there’s never been a better time to get involved.”