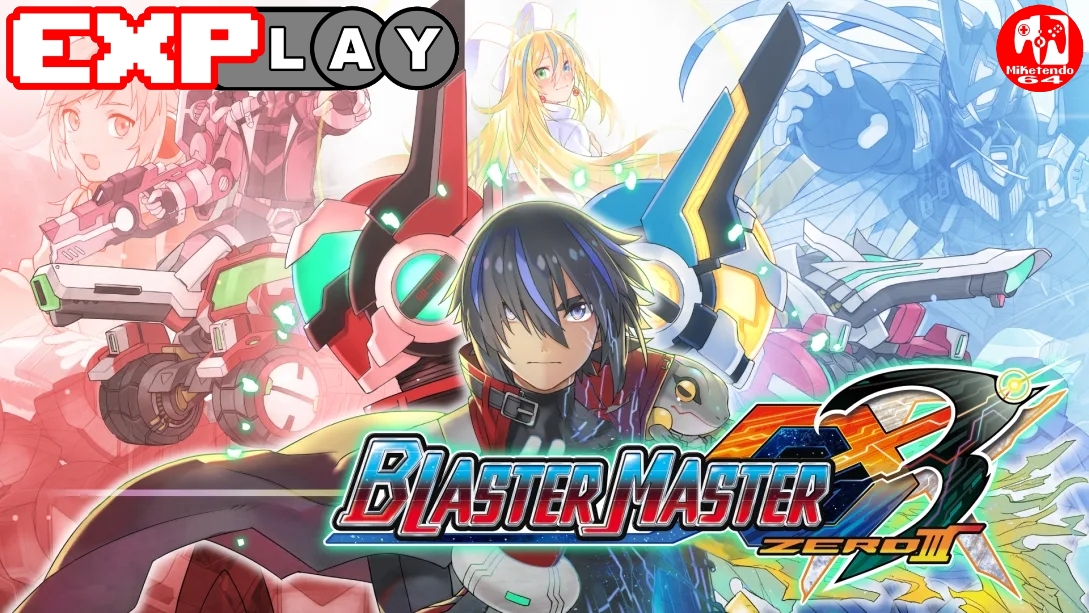 Welcome to EXPlay, (Explain & Play) the review series where we care not for scores but tell it how it is when it comes to every game we get our hands on, whilst also taking the time to include some lengthy gameplay, to give you the reader, the chance to shape your own impressions and views whilst watching and reading. In this instalment, we’re covering Blaster Master Zero 3 by developer and publisher, Inti Creates.

Just when you thought you might have seen the last of the planet Sophia, get ready to see a whole lot more of it as Jason’s latest adventure picks up where Blaster Master Zero 2 left off and starts with a rescue mission, as Jason searches for his friends, Eve and Fred. Of course, it’s not just Sophia he’s going to have to survive as this time around, the intergalactic story includes dimensional rifts as well. (Oh Jason, the messes you keep finding yourself in.) Plus, in typical Blaster Master fashion, this story will Jason piloting a different All-Terrain Battle Tank, this time the G-SOPHIA SV and having to utilise its weaponry against mutants and the Sophia Force.

Once more, Blaster Master Zero 3 is a metroidvania like-title, comprised of side-scrolling gameplay and top-down action that promises more intense action and delivers said promise. It also delivers on “Powered-up Gameplay,” thanks to the G-SOPHIA SV’s dual SP gauge system and a new arsenal system where Jason’s gun is capable of five different attack types and by levelling up his gun, it levels up all of the weapons attacks. There’s also a Multi-Counter System (hit the X button when prompted), that when activated, releases a Blast Counter best suited to attacking the current enemies and/or bosses you’re faced with.

Then, of course, there’s a VRV system that allows Jason to gain access and “venture into super-dimensional space” where players can attempt to complete troublesome areas. Speaking of areas, once more Blaster Master Zero is a pixelated game where the Inti Creates developers have really flexed their muscles and shown off just how talented they are.

The 2D pixelated art is picture perfect and visually striking and really goes to show that a game doesn’t need 4K HD graphics to dominate and the greatest CGI scenes ever created, just to be good. Not when the power of retro is so nostalgic that even in 2021, pixelated games can still be a work of stunning art, complete with compelling gameplay.

When it comes to modern-day pixel games, from their work on the Azure Striker Gunvolt series, to the 2D Bloodstained games and Blaster Master Zero, Inti Creates are truly the masters of pixelated designed games and each new work is vastly superior to the previous one. Blaster Master Zero 3 borrows all the great elements that Inti Creates already knows works well and have once again found a way to improve upon their earlier efforts.

It’s quite terrifying actually how quick they’ve gone from great to godly, but their games are addictive and the simple fact is, if you have played the previous Blaster Master Zero games, there is no way at all you can just pass this one up. You owe it to yourself to see how Jason’s story ends and if you already know you love the Blaster Master Zero series already, than you will easily fall in love with Blaster Master Zero 3.