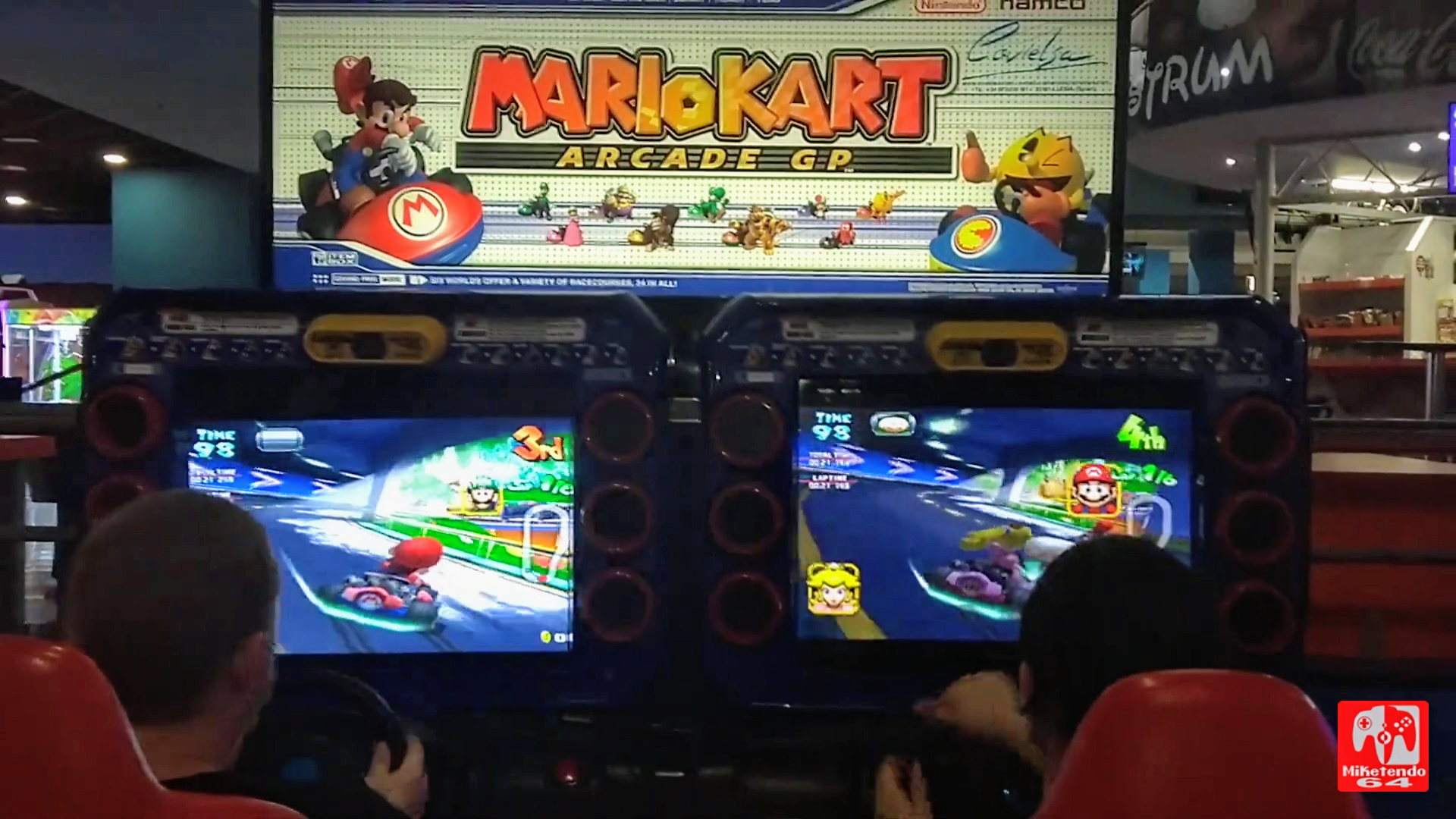 The other day, My partner Veronica and I was hanging out with our friends Paco and Carmen. We went to a Bowling Alley that also had an amusement arcade adjacent to it. In the Arcade there just so happen to be a Mario Kart Arcade GP machine created by NAMCO and BANDAI NAMCO Games (under license from Nintendo).

I’d never played this machine before let alone see it but I just had to give it a go. Veronica and I both put a euro into the machine and raced each other along with a couple of CPUs. To say we were rusty is an understatement but it was a fun game nonetheless. We only had time for a single race as we had arrived quite late but Paco did record Veronica and I playing Mario Kart Arcade GP and if you would like to watch it, you can check it out in the video below.