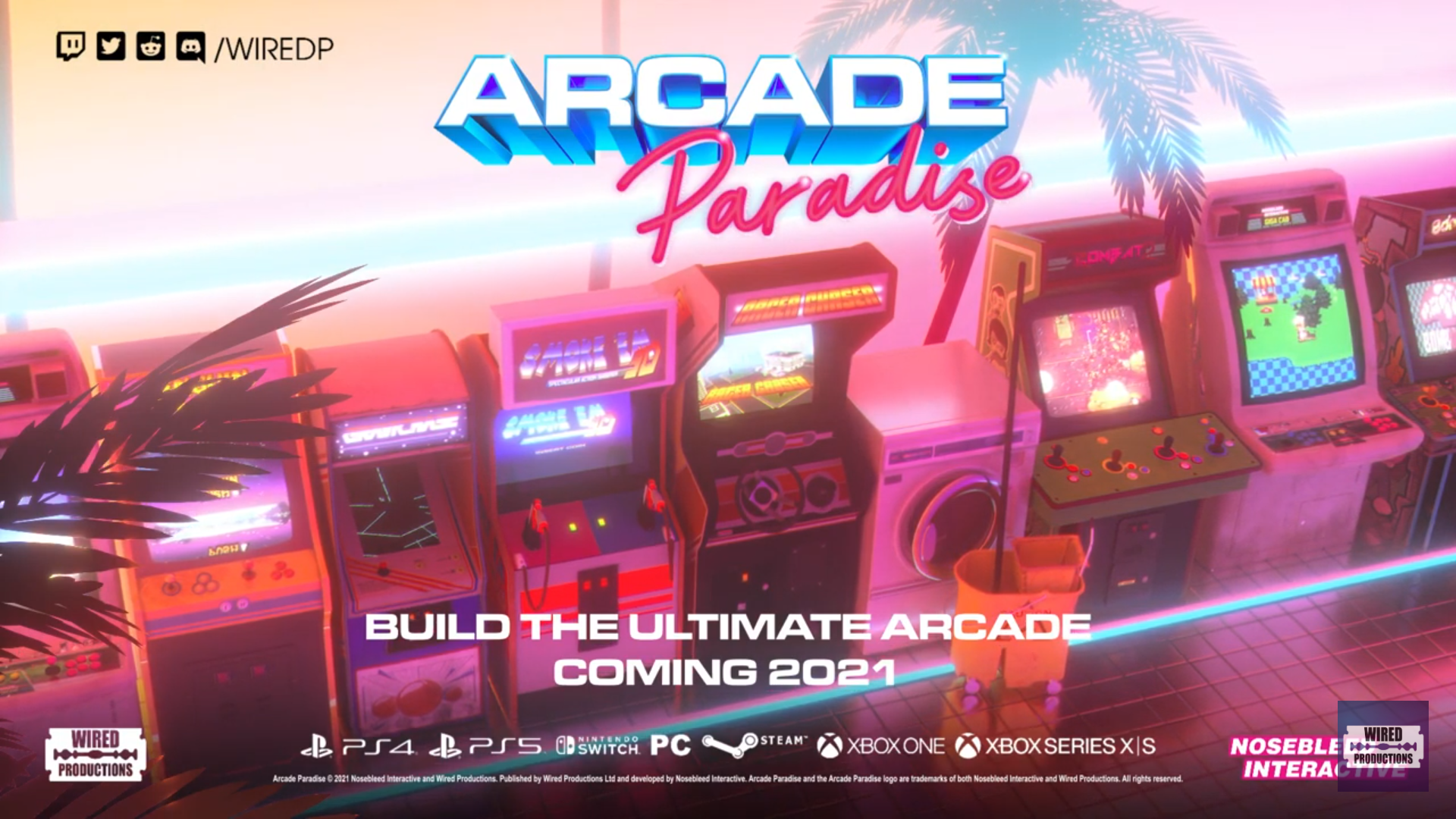 From the neon-tinged puzzle platform action of Lumote, to the nostalgic 90s amusements of Arcade Paradise and the dystopian corporate nightmare that is The Last Worker, Wired’s lineup for the next 12 months promises deep woven narratives, unseen worlds, and unique and refreshing gameplay for gamers of all kinds.

New games announced during the showcase were:

A love letter to arcades from the creators of Vostok Inc. Kit out your dream arcade with machines from the glory era, from simple vector-based games of the 70s all the way to the early 3D games of

the mid-90s. Get a heavy dose of nostalgia with over 35 playable arcade titles.

A gorgeous puzzle platformer, Lumote sends players to an underwater-like neon world of shapes and colours where players take control of its inhabitants to solve increasingly complex and varied puzzles.

The Last Worker is a first-person narrative adventure centered around our struggle in an increasingly automated world. Combining a hand-crafted art style with uniquely immersive gameplay mechanics in an epic setting, The Last Worker delivers an emotional, thought provoking and comedic story packaged with rich characters performed by an all-star cast.

Tin Hearts is a Lemmings-style puzzle game that will challenge players to explore beautiful environments, interact with objects, and look at things in new and different ways as they embark on a journey of discovery set in a magical toy-filled universe.

An all-new sequel in the multi-million selling Tiny Troopers franchise. With couch co-op and online multiplayer, players can enjoy the battle with friends at home and away, plus the visual upgrades and enhancements of next gen graphics.

Live the pirate life with ‘Atun’s Folly’, a free new update for BAFTA Nominated The Falconeer. Navigate the perilous waters of the Great Ursee, discover Atun’s Folly, a Pirate settlement and take on missions to raid the Imperium’s wealthy traders, with fearsome new enemies to defeat!

Atun’s Folly was revealed during the show, and is available now for free on Steam and Xbox One and Xbox X|S.

A first-person psychological thriller set at the end of the Second World War, during the Battle of Chianti, in Tuscany, Italy. Intense moments, twists, reveals and gorgeous visuals. Martha is Dead pushes boundaries and makes players question what they are seeing.

The much-loved a Sci-Fi thriller set in an apocalyptic near future is coming to next-gen consoles, with a free upgrade for current owners! Assume the role of Earth’s last astronaut, cut off from Earth and on a do-or-die mission. With ray-traced shadows, reflections and audio, and greatly improved loading times, expect the most gorgeous version of this mysterious adventure yet.

To keep up to date with all of the above games, as well as all things Wired Productions, please visit: