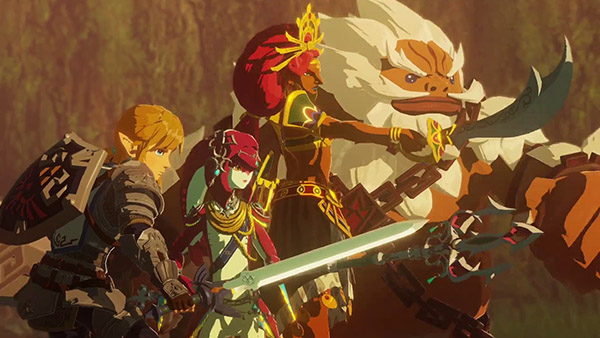 [Feature] How Well Will Hyrule Warriors: Age of Calamity Do?

Hyrule Warriors: Age of Calamity comes out in two days. Nintendo Is betting on this game to be their big holiday title. I can see why. It tells the backstory of BOTW, so it fills in the gaps from Breath of the Wild about what happened that lead up to the events in BOTW.

Dynasty Warrior games usually don’t sell in huge numbers, but this is a post-BOTW Zelda where Zelda is up there in popularity with Mario and Pokemon. Does AoC have a chance at selling in huge quantities? Let’s find out.

Will AOC be a blockbuster hit?

I think AoC will average an 85-89 on Metacritic, and Opencritic. With a high rating by fans scoring among 87-90. Very high on the Warriors’ spectrum.

The average critic score for Dynasty Warrior games is around the early to mid-80s. I don’t see AOC going below that. Critics will praise the fast-paced action, clever breakup from the traditional Warriors games great music, story, and more depth than your typical Warrior game. They will complain about the minor drops in framerate, and some won’t like It because they don’t like Warrior games, but overall, AoC will score high with most critics.

Will gamers buy it? Yes, but how much? Will it do like a regular Warrior game, or will AoC go higher? TBH, this could end up the most successful Warriors game ever released.

Early Previews Have Been Excellent!

Pre-orders are very high, with lots of marketing by Nintendo giving enough new character info and story info to whet our appetites. It is working. This could have the biggest opening for a Zelda game with 4 million copies sold over the weekend.

Strong digital sales, plus new buyers will help AoC go higher than any Warriors game before. AoC has a strong shot at selling over 7 million copies by the end of the holidays and 8-10 million copies overall. High interest in BOTW and the sequel will cause a lot of gamers who usually ignore Warrior games, to give this game, a chance.

Age of Calamity is going to surprise a lot of gamers and industry experts. According to early previews, the game has enough new gameplay elements to not play like a standard Warrior’s game. The graphics, music, and connecting story to BOTW will drive a lot of curiosity for this game. Don’t sleep on AoC, it could be one of the holiday’s biggest titles.

If you are still on the fence about AoC, go to the eShop and download the demo. It contains the first chapter of the story. This might help decide if AoC is an ideal game for you.


Categorised in: Nintendo, Breath of the Wild, Feature, Hyrule Warriors, Nintendo Switch, The Legend Of Zelda