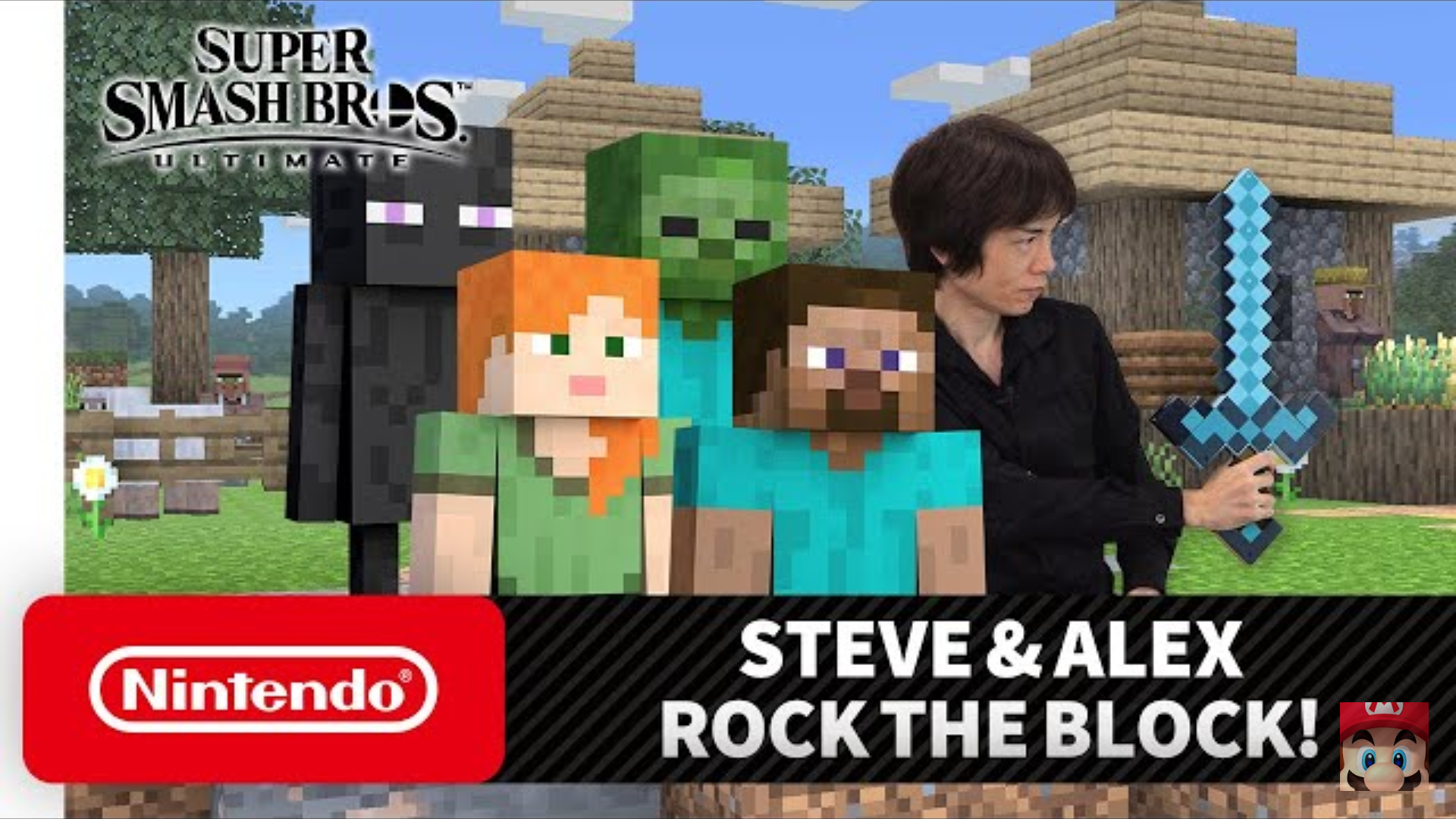 Nintendo has uploaded a full presentation video for new fighters, Steve & Alex, from Minecraft joining Super Smash Bros. Ultimate. The video was filmed at Sakurai’s home and hosted by the man himself. Sakurai spoke at length as he demonstrated the characters’ movesets, their new stage, and music. He also spoke about how each existing stage had to be reworked in order for Steve & Alex to be able to interact with them. Steve & Alex will be available on October 14th, 2020

Also shown during the video was the new line of Mii Fighter outfits that will release on October 14th, alongside Steve & Alex. The new costumes are:

Sakurai also shed some light on the next line of Super Smash Bros. Ultimate amiibo. There are three to come including Banjo & Kazooie, Byleth (Male), and Terry Bogard, which will see release sometime in 2021. A Steve amiibo was also talked about briefly but mainly of that, it should be easy enough to make.

If you have yet to see the Super Smash Bros Ultimate – Mr. Sakurai Presents “Steve & Alex” video, you can see it in full below.