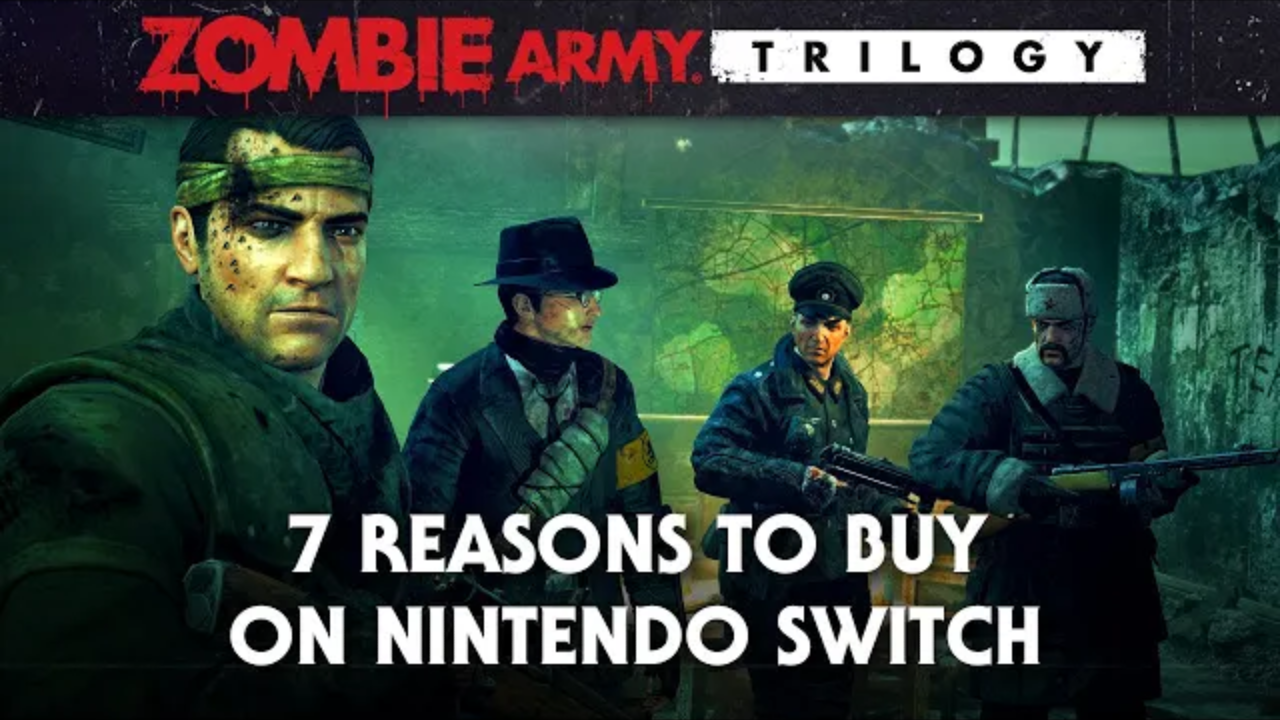 UK video game developer Rebellion has released a new trailer for Zombie Army Trilogy which releases on Nintendo Switch on March 31st. The new trailer showcases some new features that are exclusive to the Nintendo Switch version of the game including Local Wireless Co-op, Pro Controller and HD Rumble support, and gyroscopic motion controls. There is also a 15% off discount if players pre-purchase the game on the Nintendo Switch eShop.

You can check out the brand new “7 Reasons Why” trailer below. (Spoilers! It does look awesome!)