Yet Another Zombie Defense HD Will Be Invading Switch This April 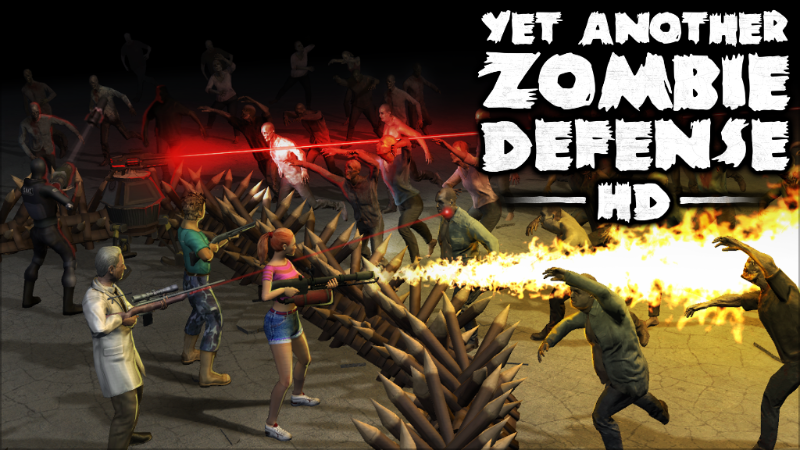 It seems that the Nintendo Switch really can’t get enough of Zombie Defense games, what with #KillAllZombies, Blood Waves and the like. Well guess what? There is another game releasing on Nintendo Switch on April 5th and its yet another zombie defense. No, really, that is quite literally its name. Yet Another Zombie Defense HD is a top-down tower defense game that pits you against ever increasing hordes of Zombies.

By day, you must build your defenses to protect yourself. By night, You must fight to the death to survive the onslaught of Zombies that want to eat your brains. Death is inevitable, so make sure yours isn’t in vain as you take as many dirty, rotting undead corpses with you.

You can check out a trailer for Yet Another Zombie Dense HD below as well as the official announcement.

We hope you manage to read this message before sunset, otherwise it may already be too late for preparations. The zombie hordes from Yet Another Zombie Defense HD, a top-down arcade shooter, are approaching and will invade the Nintendo Switch consoles on April 5.

Walkers, Rotters, Undead – whatever you call them, zombies are certainly not cuddly pets. They are here to attack your defenses relentlessly and without hesitation, and if your base is too poorly constructed – to overwhelm you and nourish themselves with your brain. Build defensive barricades, buy guns and ammo, and set up turrets to stay alive for as long as you can. Play local and online co-op with up to four players and reach the top of the leaderboard.

Watch the Yet Another Zombie Defense HD Nintendo Switch™ release date announcement trailer and see what awaits you in a world dominated by zombies.
You can pre-order the game from the Nintendo eShop (https://www.nintendo.com/games/detail/yet-another-zombie-defense-hd-switch) starting March 27th and take advantage of a 10% discount from the $4,99 price.

Yet Another Zombie Defense HD is a top-down arcade zombie shooter with tactical and strategic elements. Prepare yourself before nightfall by building defensive barricades, buy guns and ammo, and set up turrets, then stay alive for as long as you can. Each night will put your skills to the test as the zombie forces become stronger with each wave. Make your death memorable as you shoot your way to a glorious end!

The game is all about defending yourself against the dark hordes that attack you every single night. You know it’s a lost cause – the undead horde is overwhelming and sooner or later your time will come. So, if you’re gonna go, go out in style, and leave behind piles of butchered zombies before they murder you! There’s just one thing that matters – how long can YOU survive?