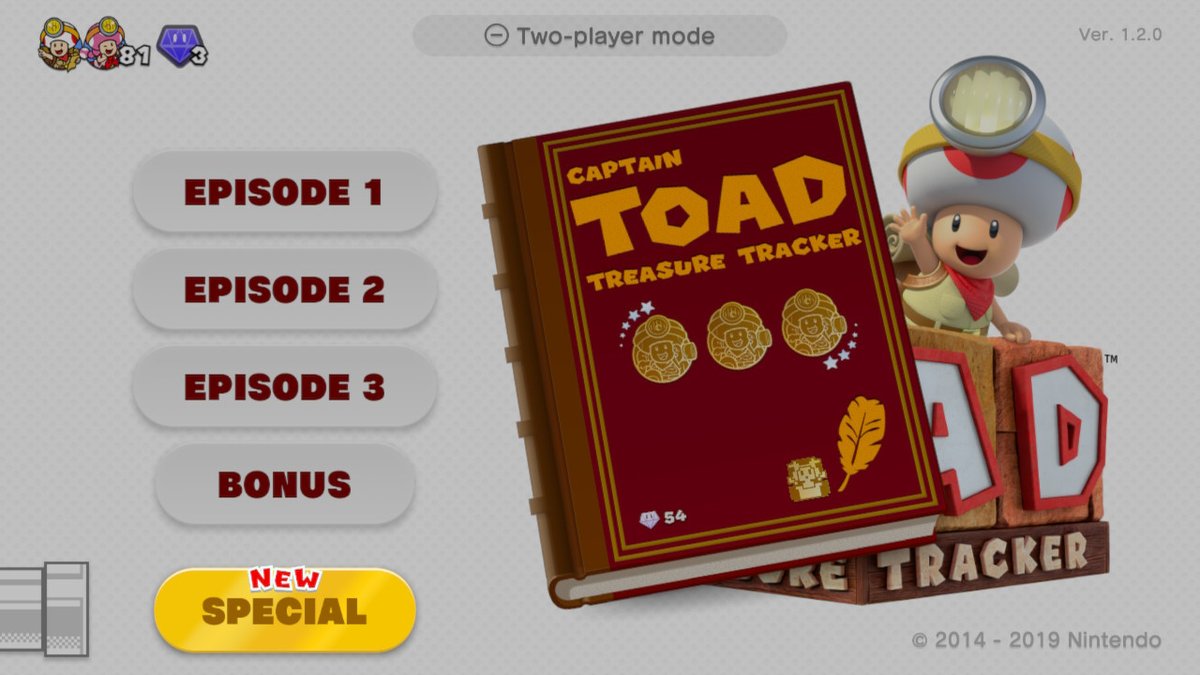 The Captain Toad Treasure Tracker Special Episode DLC is now available to play. The update brings 18 all new challenges for Captain Toad and Toadette. This time around They are hunting for a Crown that is a little bit special. Is this a tie-in to the Super Crown in New Super Mario Bros U Deluxe?

We have also taken a couple of screenshots of some of the new levels that you can play on alone or with a friend. Some new adventures take part on a pirate ship and a dessert and sweet treats themed world. The Mine cart returns as well as does riding the golden dragon in a Special Level.