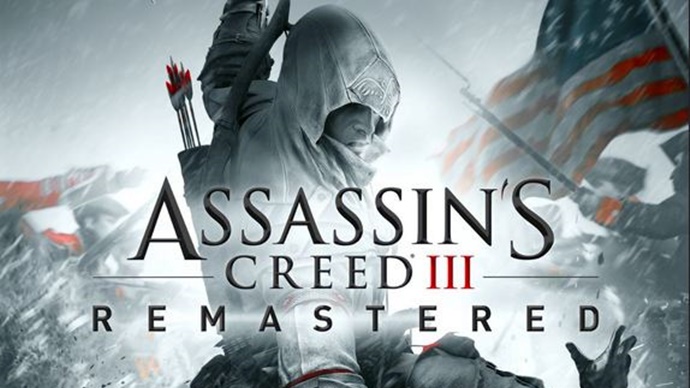 Assassin’s Creed III Remastered is well on it’s way to Nintendo Switch. Ubisoft have taken to the official Assassin’s Creed Website to list the gameplay improvements and Switch features to the game after listening to community feedback. Some features a colour-blind settings, double assassinations, new legacy outfits touch screen controls and more.

We have the full list of game improvements and Switch Features for Assassin’s Creed III Remastered below:

In addition to the technical upgrades, the remaster will also include new gameplay improvements, thanks to community feedback shared from the release of the original game.

The game UI (user interface) has undergone a big makeover to better align with today’s standards (such as including color-blind settings to help spot enemies in the Mini Map) to deliver a more enjoyable player experience!

The in-game economy has been revamped to be easily visible and offer added benefits, such as additional weapons for crafting.

New stealth features are also included in the Remaster, as well as the ability to hide in bushes, call enemies over with a whistle, and perform double assassinations, creating a better balance between action and stealth.

And, of course, we can’t forget the new Legacy Outfits that will pay homage to other notable Assassins, such as Alexios, Bayek and Aguilar!

This release will include improved ergonomics and gameplay mechanics, and will also make use of exclusive Nintendo Switch features, such as:

As fans of the original game on Wii U, we are glad that it is making a return to Nintendo Switch. If Ubisoft could throw in a Legacy costume for Edward Kenway For Assassin’s Creed IV: Black Flag, we would be over the moon. And while they are at it, perhaps remastered version of that game for Switch as well with all of its DLC too. We aren’t greedy or anything.