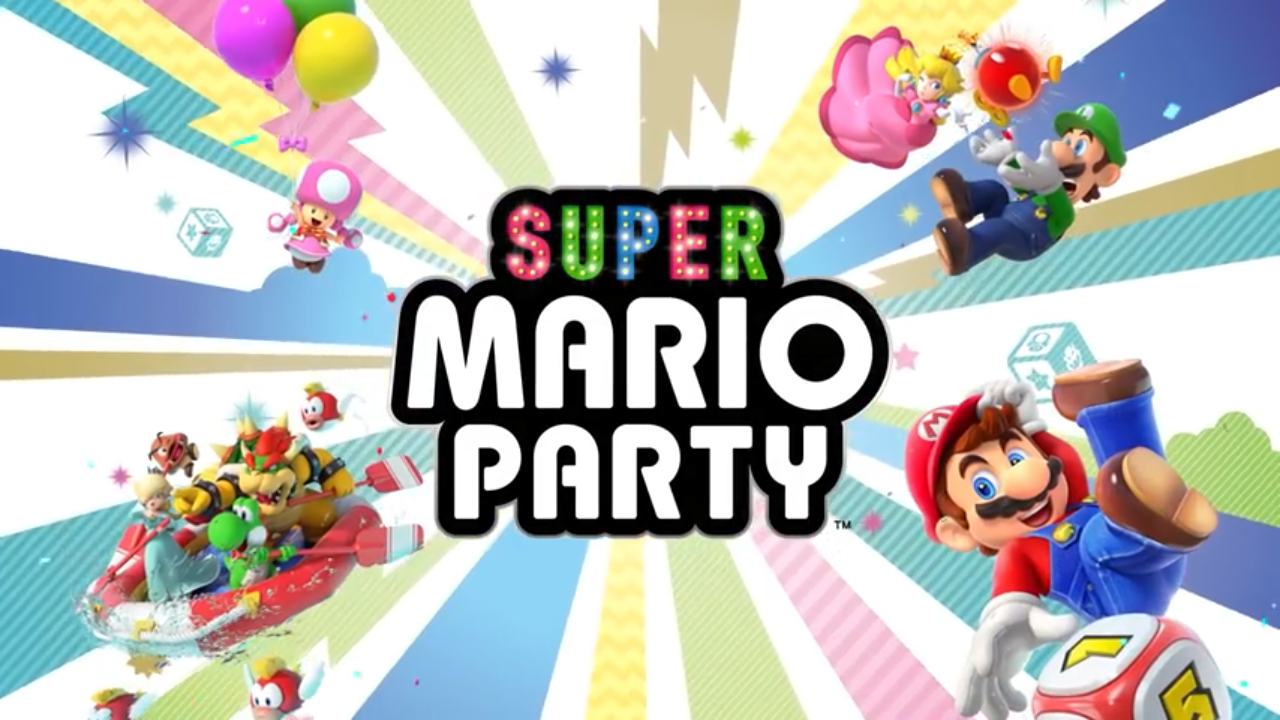 *Welcome to our Super Mario Party Unlockables Guide. It is a work in progress so if you know something that has not been posted here yet or if something needs correcting, please feel free to submit your tips to contact@miketendo64.com.

Finish a game of Mario Party. It doesn’t matter if you don’t win, it will be unlocked immediately after.

There are a total of four characters to unlock. You have to meet certain requirements first and then talk to them on the plaza in front of the Super Star to effectively unlock them.

Collect all five gems by clearing stages. You can find our Gem Guide here.

Unlock music by playing through the game. Talk to Toad to update your Power Pad. Eventually, he will unlock Music. Additional Music must be purchase with Power Points.

To be able to use amiibo, you have to unlock the Party Point Feature on the Party Pad. The Super Mario series amiibo and their Smash Bros series counterparts can unlock character stickers or Party Points. Any non Super Mario amiibo will reward Party Points. You can find what amiibo unlocks what in our Super Mario Party amiibo Sticker Guide

To unlock this feature, play through the game naturally and earn Party Points. Talk to the Toad that gave you the Party Pad and he will unlock this feature for you. You can use points that you have accumulated to buy items like stickers and music. You will also be able to use amiibo as well.

Once you have the Party Point Feature, you must visit the Sticker Room at least once. Talk to Toad again and he will now let you buy Stickers in exchange for Party Points.

Talk to Birdo after gaining access to Stickers. She will allow you to participate in the Super Mario Party quiz for chance to win stickers.

Travel down every path and reach all five end goals in River Survival. (Credit: James)

Can be won as a prize for answering Birdo’s Super Mario Party Quiz correctly. The particular question comes after travelling through every path in River Survival. (Credit: James)

After collecting a gem, talk to whoever is in front of the Star in the Plaza. It could be Peach or Rosalina or someone else. The character may say they are a minigame master. Let them join your party and you will unlock the Master Difficulty for AI. (Credit: Tyler/Matt/Orphen)

Not so much an unlockable but they can certainly change the tide of success in Mario Part and Partner Party. After finishing Mario Party and Partner Party, there are a total of two more stars up for grabs. They are randomized but we have listed what ones we have come across so far so you know what to look out for.

Ally Bonus – Have the most allies

Buddy Bonus – Have just the right ally for your character

Doormat Bonus – Got stomped on the most

Item Bonus – Used the most items in the game. (Credit: Derek Force)

Rich Bonus– Collected the most coins

Minigames Bonus – Won the most minigames

Sightseer Bonus – Travel the most spaces on the board

Slow Bonus – Travelled the least spaces on the board

Stompy Bonus – Stomped on Rivals the most