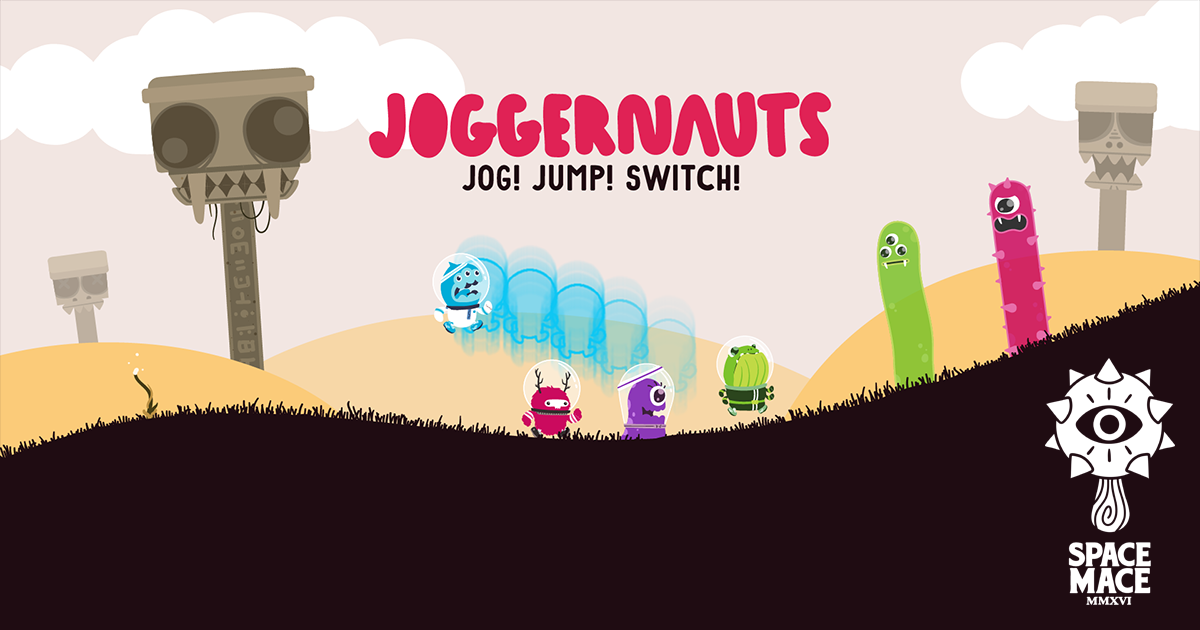 Joggernauts Is Running It’s Way To Switch This Summer

If you were ever wondering what kind of love child you would get if Runbow and Bit.Trip Runner got together to have a baby, you won’t have to wait too long for the result. Space Mace and Graffiti Games have just the thing and its called Joggernauts. The co-op auto running party game will be launching on Switch sometime this summer and will also come with a new mode that has yet to be revealed… until now.

You can find out what the new mode is in the press release below, along with a trailer for the game.

Vancouver and Minneapolis – August 9, 2018 – Get ready to jog, jump and switch this summer as Space Mace and Graffiti Games reveals that co-op auto-runner party game Joggernauts will be releasing this summer on Nintendo Switch and Steam (PC). Joggernauts’ chaotic color-coded platforming levels are no longer limited to just playing cooperatively with friends. Today, the never-before seen single-player mode is revealed.

Get a first glimpse of single-player mode in this brand new trailer:

In Joggernauts, players take turns switching to the head of a jogging team of alien athletes as they navigate through deceptively difficult color-coded platforming levels while avoiding crashing into obstacles. In order to finish the level and collect all the trophies for victory, teams must work together and time their jumps and switches perfectly. Players can also take on the challenges by themselves in the uniquely designed single-player mode, where one player simultaneously controls two different colored characters. Friends can also hot swap in to partake in two to four person co-op play. While jogging, players must switch the corresponding color to the front of the line of characters in order to match the color of enemies, obstacles, prizes and pickups in the level. Failure to do so can result in dreaded death, which reduces the overall shared number of lives for the team. Players always succeed or fail as a group, either successfully crossing the finish line, or failing and restarting the level, together.

“Single player mode is a bit like patting your head while rubbing your belly because players will need to keep track of jumping and switching for two characters, which is loads of fun and most folks get the hang of it after a couple levels,” said Zachary Johnson, Co-Founder of Space Mace. “Your characters jog as a pair of two different colors, one in front of the other. Your right hand controls jumping the front/lead color jogger and switching which color Joggernaut is in front, while your left hand controls jumping the back/rear color jogger.”