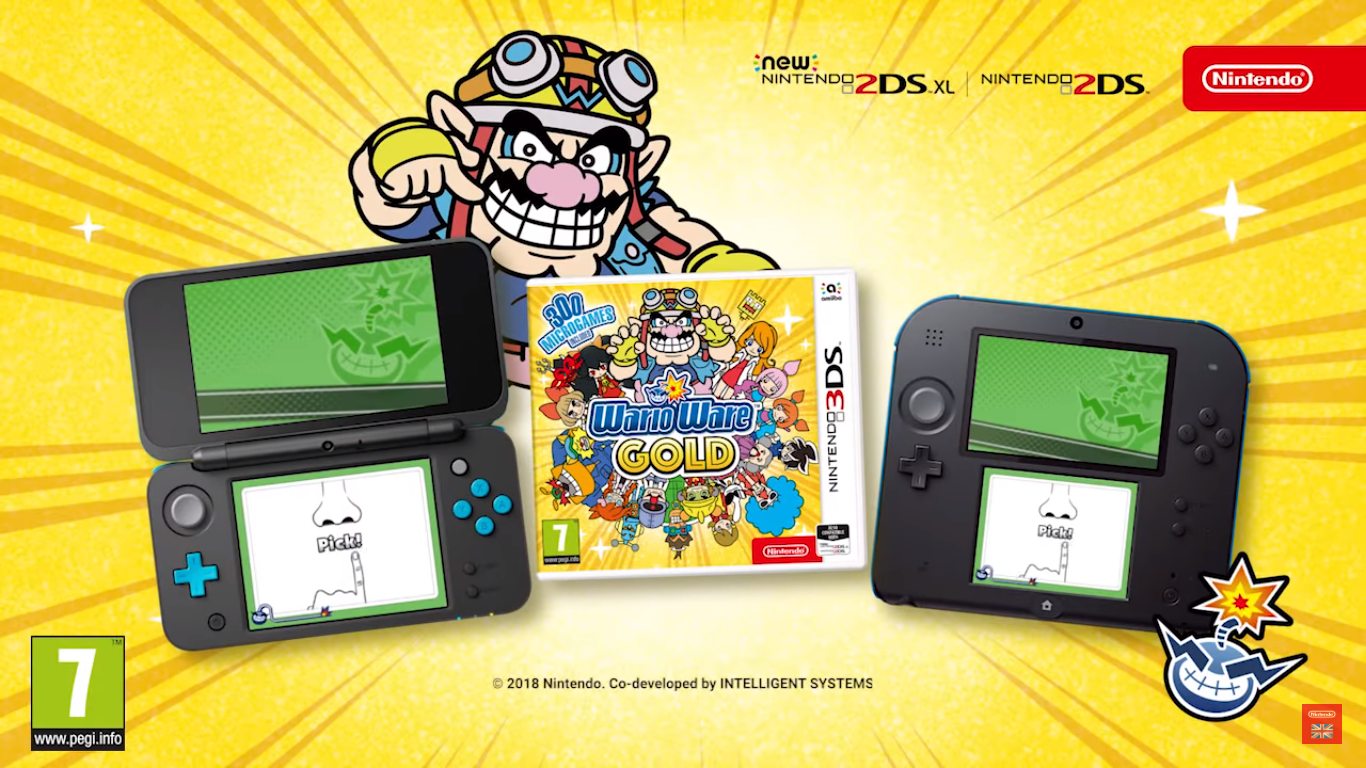 With amiibo previously revealed to be supported by the upcoming WarioWare Gold 3DS title, Nintendo have seen fit to provide even further details on how amiibo works. They’ve also provided the following video of amiibo in action:

What will Wario sketch up next? If you tap an amiibo in #WarioWareGold you'll find out…and then you can exchange the piece of art for coins! Hmm…how would he draw himself? #3DS

Via Wario’s amiibo Sketch, by scanning up to 3 amiibo a day, Wario will swiftly illustrate a picture of the character relating to the amiibo you scanned in and the finished product can then be sold to merchants to net players some coins. Some amiibo will even give players more coins than they expected. But just in case this fun little feature isn’t enough, today in Europe, as a means of promoting WarioWare Gold, which is out next week for European gamers, Wario has even taken over the eShop!

Any and all game that the man in yellow appears in, are now front and centre and I have to say, the eShop looks absolutely beautiful. Photos of the takeover can be seen below, followed by Nintendo’s official and epic announcement for all Wario news:

Now this is how you promote an upcoming release! In Europe, Wario has completely taken over the Nintendo #3DS #eShop. That's some great marketing for #WarioWareGold @NintendoEurope! pic.twitter.com/J5vgalpRCR

IT’S ME WARIO! WAHAHAHA! I’VE TAKEN OVER NINTENDO ESHOP, SO YOU BETTER DOWNLOAD MY DEMO!

Press buttons, tilt the system, use the Touch Screen and blow into the microphone with 300 kooky microgames in my biggest WarioWare game yet!

19th July, 2018 – Hey, you! Are you listening! It’s me, Wario! I’ve used my LEGENDARY creative skills to shake up the Nintendo eShop to feature some of my favourite games. It just so happens a bunch of them feature your favourite Nintendo character – WARIO! That’s right, I’m the best. BWAHAHAHAHA!

I’m also THE BEST at marketing the game that I made, so hurry to Nintendo eShop to download my free demo – FOR FREE! WAHAHAHAHAHA! It’s called WarioWare Gold, and the full game is totally coming out soon – on 27th July actually! Man, that’s really soon… I should work on my launch trailer…

But hey pal – want to rack up loads of coins when you’re playing the full game? Of course you do! WAHAHAHA! Well, you better have some compatible amiibo figures then! Unlock Wario’s amiibo Sketch and use any amiibo to watch me create an artistic MASTERPIECE of that character. You can then sell my genius work to anyone who’s willing to give coins, so if you need more coins, tap an amiibo and get rich like Wario! WAHAHAHA! But being such a genius is exhausting, so I can only create three drawings a day. So even if you scan more amiibo, it won’t work! WAHAHAHA!

Mash, touch, twist and blow your way through 300 of my best EVER microgames when WarioWare Gold releases on 27th July! WAHAHAHA! The demo is out now in Nintendo eShop so you better give it a try!