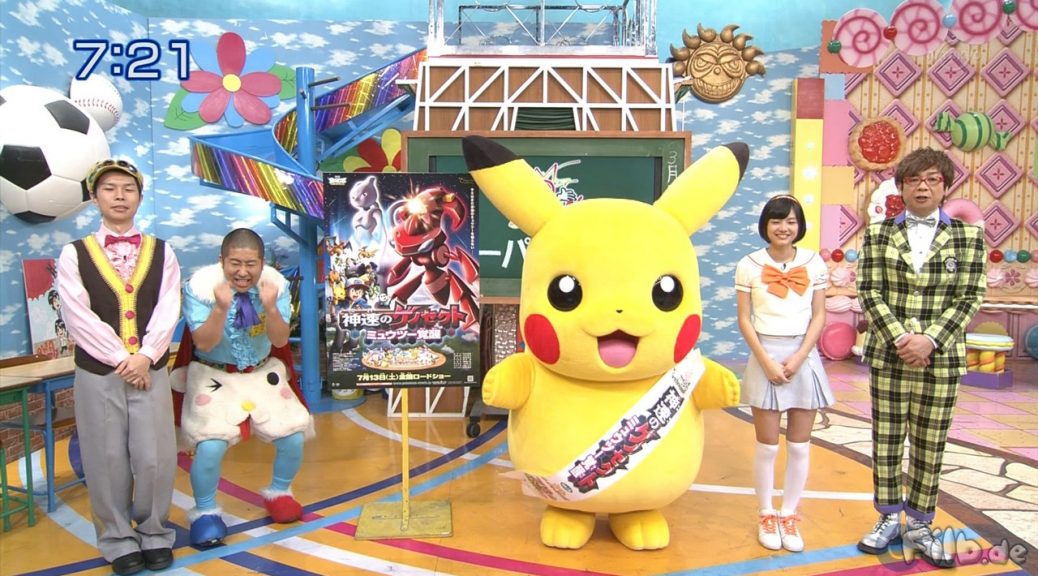 As rumours of Let’s Go Pikachu and Let’s Go Eevee circulate, hype for the next instalment of Pokémon games begins to build up again. Further adding gasoline to the fire, Japanese morning variety show, Oha Suta, has stated that the will be sharing “Shocking” Pokémon news on May 31st 2018. There also list it as “A moment a new story begins”.

Shortly after stating the “Shocking” Pokémon news, TV Tokyo’s website has since amended the description of the episode. It no longer states Shocking Pokémon news or “A moment a new story begins.” Instead, it has been replaced to read “Full of Pokémon information.

The Pokémon featured episode of Oha Suta will air on this Thursday (May 31st) at /:05 JST. If you would like to know what time that would be in a your region or region near you, we have a number of equivelent times below.

Before we start getting our hopes up that it could be a new Pokémon series reveal, the last bout of Pokémon news revealed a new Electric Pokémon called Zeraora, who will be appearing in the upcoming Pokémon movie: Everyone’s Story. The Pokémon will also be coming to the Pokémon Ultra Sun & Ultra Moon games though it was never announced when. This news was also aired on the Oha Suta show when it was first announced. The upcoming show could be looking into more information about this Pokémon and it’s role in the movie and not necessarily at the nect instalment of Pokémon Games.

Still, we may get lucky and before the episode of Oha Suta airs. The Pokemon Company may officially reveal what the news could be on Social media or on their YouTube channel. I guess only time will tell and being so that there is a couple of days to go, its not that long to wait.