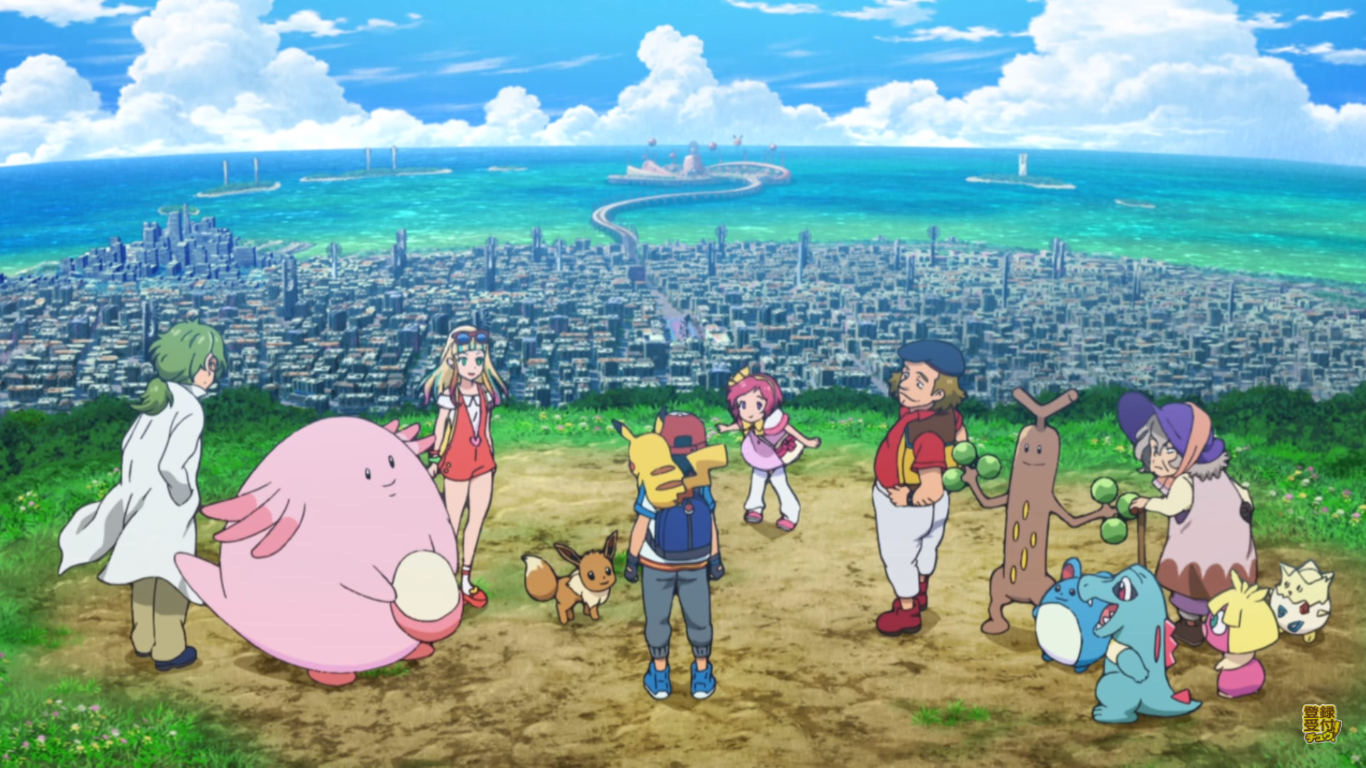 The Newest trailer for the Pokémon Movie: Everyone’s Story has aired and now details are beginning to reveal themselves including the plot of the film, characters and the voice cast, along with the new Pokémon, Zeraora.  If you have yet to see the trailer, you can see it for yourself below. If you would like to find out more about the new Pokémon Zeraora, check out our post here. Underneath the trailer you will find the latest Pokemon Movie: Everyone’s Story Details.

Courtesy of Serebii.net, here is the movie plot along with the names of key characters from the film.

Once a year, a “wind festival” is held in Fura City, the city where people live together with the wind. On the final day of the festival, the legendary Pokémon Lugia will appear and give the people the blessed wind, a promise said to date back to the distant past.
Lisa, the highschooler and Pokémon rookie. Kagachi, the braggart that just can’t stop telling tall tales. Trito, the timid researcher that lacks confidence. Hisui, the old eccentric that hates Pokémon. Largo, the mysterious little girl that hangs around in the forest all by herself.
While they’re participating in the festival, Ash and Pikachu meets these five companions by pure coincidence. Each of them has their own worries on their mind, and are unable to take a step forward together with their partner Pokémon, but when they meet each other, the cogs of destiny start turning……
Will the promise with Lugia be kept? And just what is the true identity of the mythical Pokémon Zeraora??
Everyone’s friendship, both people’s and Pokémon’s, will now cause a miracle to occur.

Largo – A little girl living in Fura City, and the mayor’s daughter. She’s a resolute and kind little lady. It appears she has something to to with the mythical Pokémon Zeraora, but…
Lisa – A highschooler and Pokémon rookie. She came to the wind festival in order to get an Eevee, which she had promised her injured little brother.
Trito – A Pokémon researcher who’s bad at talking to others. He’s participating in the wind festival in order to make a presentation related to his research, but he lacks the confidence and ends up just sitting there getting consoled by Chansey.
Kagachi – A braggart that just can’t stop telling tall tales. He visited the wind festival together with his beloved niece. It appears Sudowoodo adores him for a very particular reason. He talks about how “There’s a super rare Pokémon in this city!”, but…
Hisui – An old woman living in Fura City that hates Pokémon. She started avoiding Pokémon because of something that happened in the past, but for some reason a lot of Pokémon follow her around, including a Totodile.
Riku – Lisa’s younger brother. A young boy that loves Pokémon. He’s hospitalized because of an injured leg.
Mayor Oliver – The mayor of Fura City and Largo’s father. He is a strict man with a strong sense of responsibility. He is constantly on the move in order to ensure that the wind festival is a success.
Zeraora – A mythical Pokémon said to live in the mountain recesses of Fura City. By emitting an electric current from the pads on its arms and legs, it’s able to move through the air at the speed of lightning.

For more Pokémon News and updates, be sure to check out Serebii.net