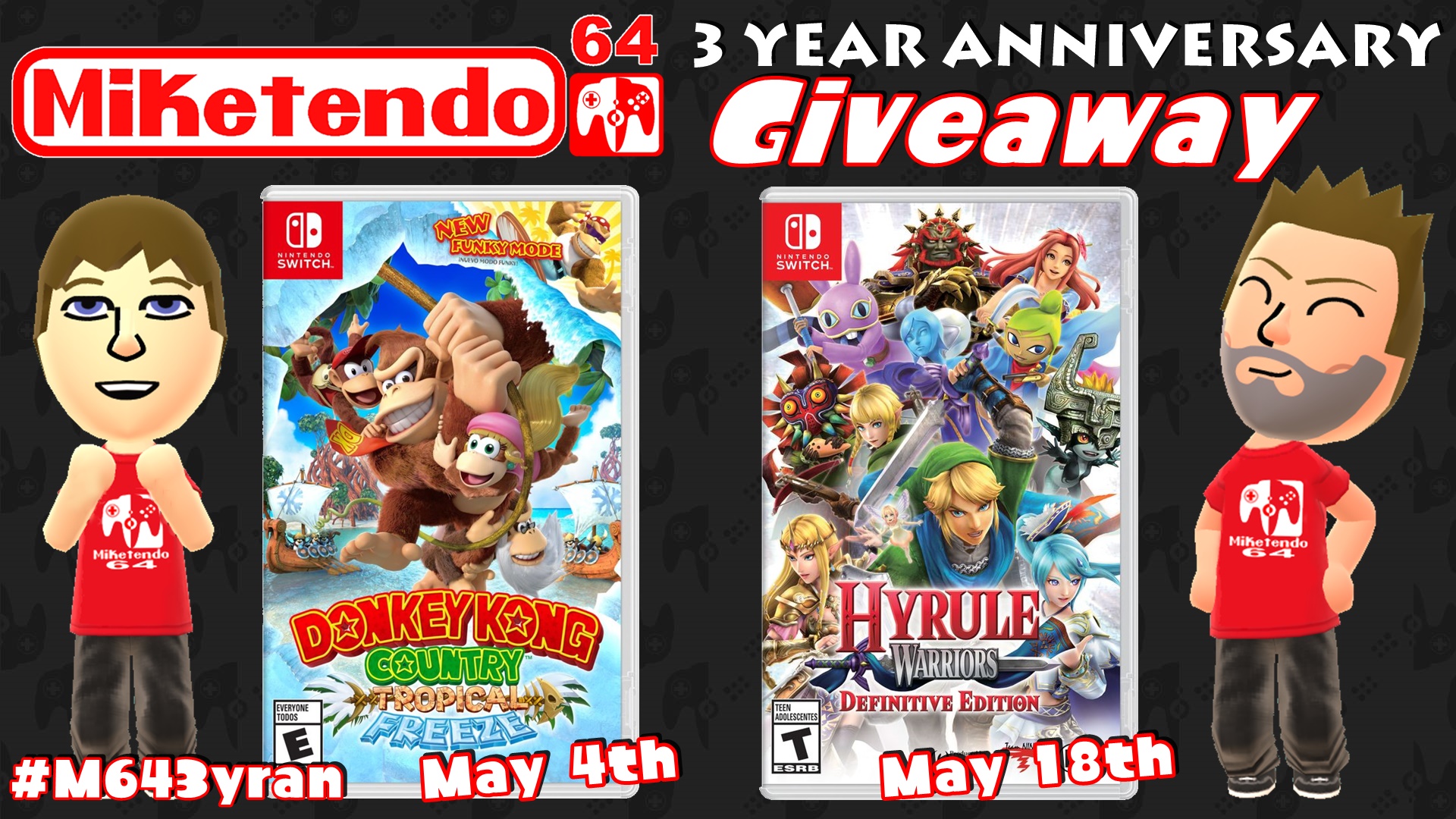 Guys And Girls, dedicated gamers and followers. Next week on May 5th, we will be celebrating our 3 year anniversary. We have had plenty of ups and downs, highs and lows but you have been there everystep of the way. We recently announced on Twitter that if we reach 3K followers, we will do an extra special giveaway. Though we are not there yet, we thought we could offer an incentive that to help make that goal. This is of course, announcing our special giveaway early so that people have a chance of helping us reach our goal. Get ready to use the hashtag #M643yran.

As you may have noticed in our feature image and the immediate image above, we will be hosting two giveaways. One for Donkey Kong Country Tropical Freeze and Hyrule Warriors Definitive Edition both for the Nintendo Switch. Two giveaways means two winners so if you don’t win the first giveaway, you still have another chance.

To be in for a chance to win a PHYSICAL Copy (subject to availability!) You must follow the following rules:

Good luck to you all! Don’t forget to use the hashtag #M643yran and tell us which Wii U game you would like to see make it’s way to Switch!