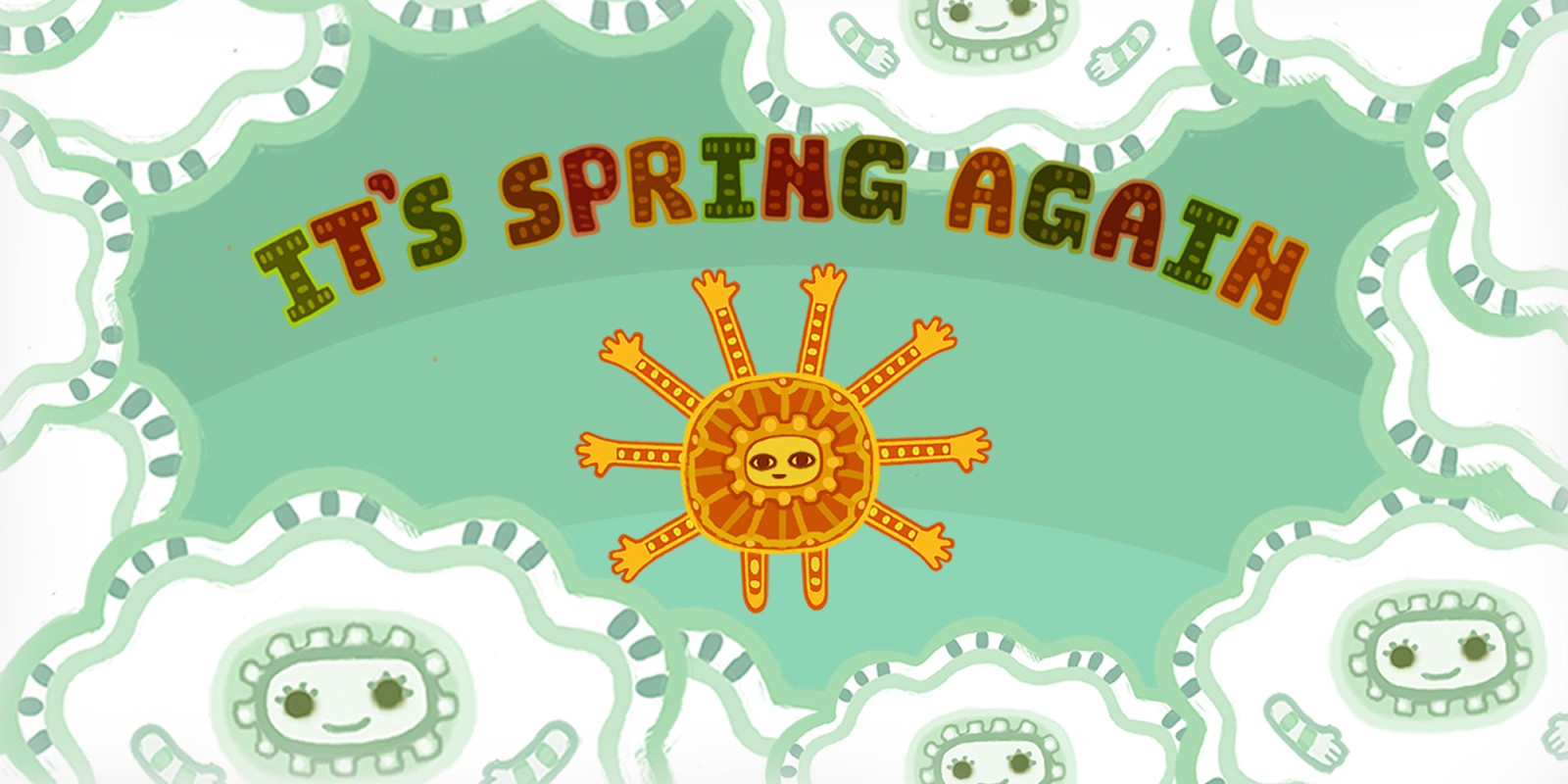 It’s Spring Again is a cute game that utilizes the Switch’s touchscreen on the handheld mode for little gamers between the ages of two and five. It took Rachel and me about ten minutes, if that, to get through it.

It’s a simple game, of course, but adorable. It reminded me a lot of a mobile app, but it was cool to see something like that on the Switch.

Considering the age range for this game, there’s not much to the gameplay. Players can play the game in handheld mode and touch the screen to move the story along. For example, tapping on clouds to move them out of the way so the sun can come out. A narrator tells the story as you tap along.

The narrator goes through the motions of the four seasons beginning with Spring. Following what the narrator says, you tap the screen to make flowers grow, move the clouds around, wake up the trees, and more.

There were options to turn the narrator on or off, depending on whether or not you wanted to listen to her, as well as to just let the game autoplay. Due to the game utilizing the touchscreen, autoplay seems to be the only way to allow the game to play while docked on the television screen. If you have several two-to-five-year-olds, it’s not that feasible to have them share the Switch to play together.

We played through the game with the narrator on while on autoplay and it took a grand total of six minutes to get through. The narrator’s voice was soothing but watching it on autoplay without the narrator was nice too because the sound effects were pleasing and the music was calm.

This game is adorable! The graphics are bright and vivid, sure to keep the little ones engaged as they explore the Switch’s screen. There wasn’t too much background music, but there were enough appropriate sound effects and the narrator’s soothing tone was pleasant to listen to.

The game takes place in one scene, changing as the seasons come and go. A different animal (I think you could call it) would appear for each different season. The graphics are simple, looking cartoony and like a younger child drew it themselves, but it’s appealing. Most of the objects – the trees, sun, and cloud, to name a few – were personified with cute smiling faces.

There’s not really too much to this game — it’s a short story simplifying the way the seasons work for little ones. Even if the child doesn’t wish to play the game, there are options for the game to autoplay, with or without the narrator, if the child just wants to watch.

It’s Spring Again is a simple, educational game for the toddler and preschool age. I can imagine giving this to my 2-year-old nephew to watch on the TV and my former preschool students the touch screen to go through the motions themselves. As short as it is, I know my former students would have been all over this game and play it repeatedly.