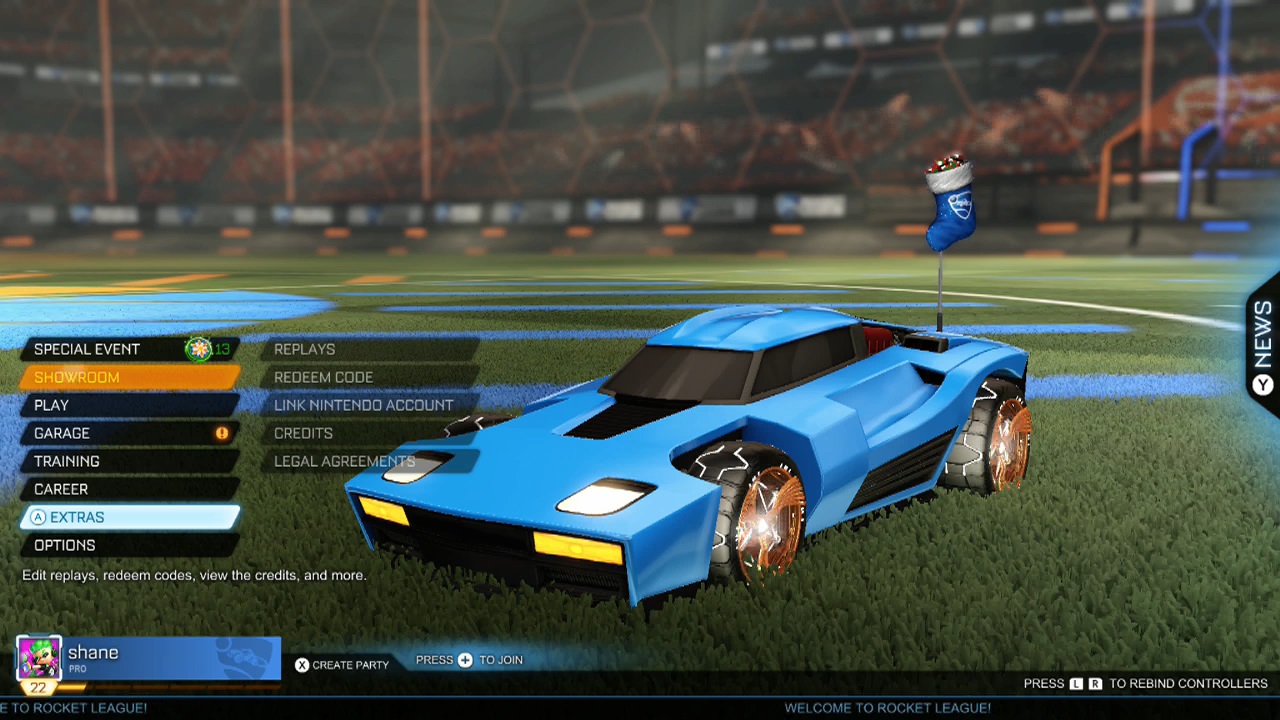 The newest Rocket League update on Switch has included a new feature that allows you to link up your Nintendo account the Fan Rewards website. Rocket League Fan Rewards is an initiative that will reward users with in-game items like exclusive decals, wheels, toppers and rocket boosts when they watch Fan Reward associated live streams on Twitch.

If you would like to set up your Switch in order to be eligible for the Rocket League Fan Rewards, follow the instructions below:

Step 1: On the Switch version of Rocket League, go to extras and select the “Link Nintendo Account” in the ‘Extras’ menu

Step 2: Authorize Rocket League to use your Nintendo Account. Simply follow the prompts on the website and once you’re done it’s onto the final steps for Fan Rewards!

Step 4: After you login, select the Nintendo Switch as your platform of choice then add your Switch account information to the site.

Step 5: Once completed, tune in to Rival Series and RLCS broadcasts on twitch.tv/rocketleague to start earning rewards for your Nintendo Switch Rocket League account!