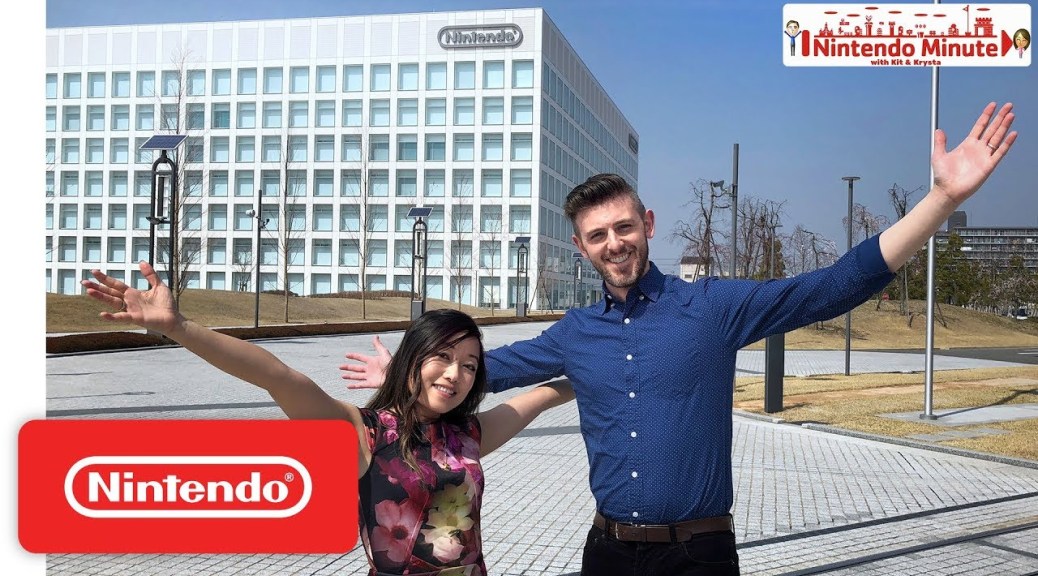 In the latest episode of Nintendo Minute, Kit Ellis & Krysta Yang had the opportunity to visit Nintendo Headquarters in Kyoto, Japan. Kit & Krysta start their journey at San Francisco airport, accompanied by ARMS producer Kosuki Yobuki and Splatoon producer Hisashi Nogami as they return to Japan after the GDC event.

Their plane arrives at Kansai airport and they find the airport has a huge Nintendo banner and a filled with demonstration Switch consoles that visitors can play on. They eventually arrive at Nintendo HQ in Kyoto and see where the workers eat and relax. They also take the time to show off their Japan exclusive Nintendo goodies that they have bought on their trip.

You can check out the full video of Kit & Krysta’s trip below.