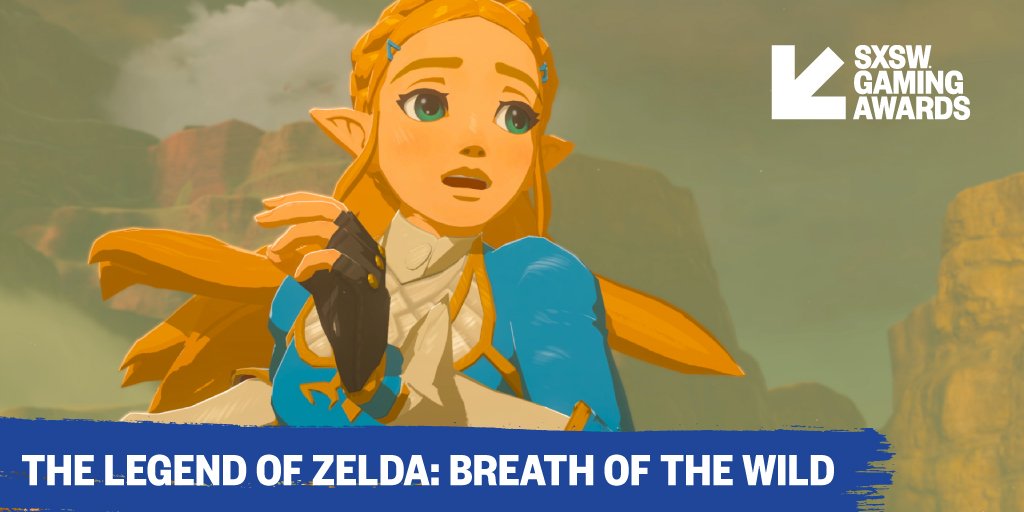 When it comes to The Legend of Zelda: Breath of the Wild, it’s won so many awards for being such a fantastic game that it justifies the long development cycle. Only Breath of the Wild is not yet done with winning awards, as it is still being nominated for various categories at prestigious events and walking away with full hands.

Hosted by IGN writer Alanah Pearce and eSports broadcaster Richard Campbell, for Blizzard, this year’s 2018 SXSW Gaming Awards, once again saw Nintendo being able to add a couple more titles to the tally thanks to five wins worthy of mentioning. Not only did Breath of the Wild walk away with Game of the Year, but it also won an award for Excellence in Design and Excellence in Gameplay.

As for other Nintendo winners, Super Mario Odyssey was successful in snagging Excellence in SFX, with the mobile app Fire Emblem Heroes receiving the honor Mobile Game of the Year. Below we have rounded up the tweets dedicated to each Nintendo win:

In our first award of the evening, Super Mario Odyssey raises the trophy for Excellence in SFX! pic.twitter.com/BhYtZPMlUH

The Award for Excellence in Gameplay goes to The Legend of Zelda: Breath of the Wild! pic.twitter.com/kOgLLS9phq

The Legend of Zelda: Breath of the Wild wins the Award for Excellence in Design! pic.twitter.com/eDxp6SeeAo

The winner of the Mobile Game of the Year Award: Fire Emblem Heroes! pic.twitter.com/W7YA7u6AkJ

The Legend of Zelda: Breath of the Wild is the SXSW Gaming Game of the Year! pic.twitter.com/yEFr0RX1jL

With the BAFTAs set for next month however, it would be interesting to see if Zelda can earn another Game of the Year award, compared to the tough completion it is up against.