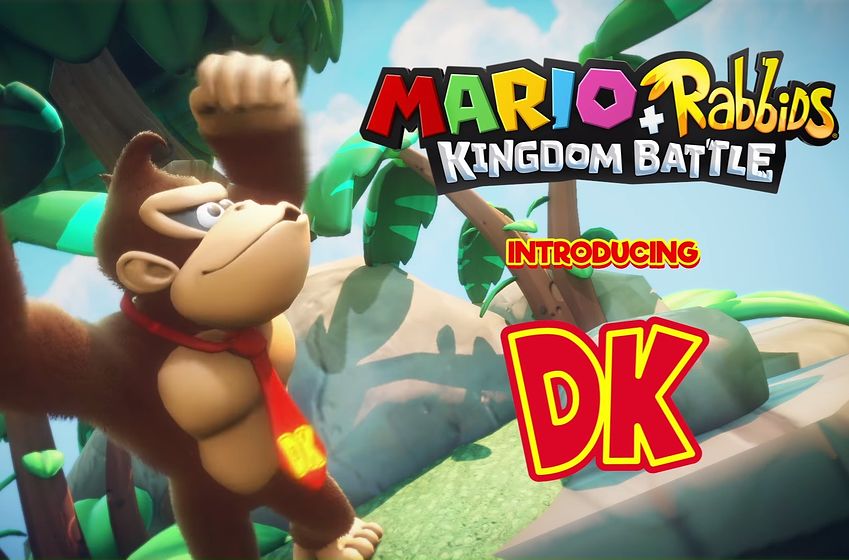 It came as a pleasant surprise during the Nintendo Direct Mini, that the Great Ape that is Donkey Kong will be coming to Mario + Rabbids: Kingdom Battle as a playable character when the story DLC goes live.

The Creative Director on the game, Davide Soliani say that Donkey Kong being a gorilla will give him more mobility options on the field and that his arms wil be “extensively” use in combat.

Soliani on the arrival of Donkey Kong:

“When we first started working on Donkey Kong as a new character for a new story of Mario + Rabbids Kingdom Battle, we started to think about how he would impact the battle system. He has big arms, so we wanted to use them extensively through the combat. And he’s a gorilla, so it makes sense for him to have more mobility options.”

“He’s not just a powerful character. He can also be very goofy, and that’s why his presence in the game, along with the Rabbids, allowed us to present different kinds of humorous interactions in the storytelling.”

“Grant, apart from being a great composer, was also in charge for the music of Donkey Kong 64. We tried to find new sources of musical inspiration for the story while simultaneously staying true to the themes from the Donkey Kong universe that players already love.”

The DLC for Mario + Rabbids: Kingdom Battle is to launch sometime this spring.