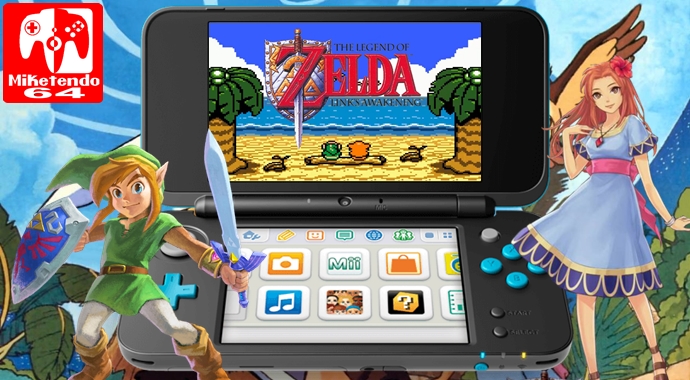 Fresh from a dalliance with a WarioWare for Switch Editorial, it is time to talk about the future of The Legend of Zelda and what we could hopefully expect from 2018.

With The Legend of Zelda: Breath of the Wild, being the phenomenal hit that it is, while Nintendo do deserve to take a bit of a break and enjoy the ride, along with those still playing the game, due to how large a game it is and the DLC content, what Nintendo really need to do, is to build on that success and 2018 is the year to do so!

While many may argue it is too soon for another Zelda game, The Legend of Zelda is currently riding a fantastic high and in order to build on its success, the failure to act next year, could easily see fans moving onto newer games given the line-up of games that have already been confirmed for 2018 and planned for 2019 and that’s not including the games that haven’t been revealed to the public just yet.

The funny thing about this, is although Nintendo do need to deliver a second blow to properly cement The Legend of Zelda’s place as top adventure series for this decade, it’s not for the Nintendo Switch that Nintendo needs to release a new Zelda game on. In 2018, Zelda fans will still be playing Breath of the Wild, in between games like Fire Emblem Switch and the new Kirby and Yoshi games and with many more games in the pipeline, 2018 is going to be a very strong year for the Nintendo Switch, possibly even stronger than this year if all the rumours are to be true, but Nintendo are not done with the 3DS just yet.

I don’t just theorise a new Zelda game will release in 2018, for the Nintendo 3DS, but there are rumours to back them up, some of which even date back to 2016. Now I know I did a whole article back in 2016 before E3 that featured the rumour of a Link’s Awakening remaster being in development and revealed at E3, which did see me get some hate, but some of the rumours that lead me to post that article, have gone on to bear some fruit, as there might just be some proof to them after all. So after doing some digging, asking questions and reading reports of what others have said, here is what I, at this time, feel 2018 has in store for The Legend of Zelda.

By no means do you need to believe any of the above if you don’t want to, as we do often preach that unless stated by Nintendo, believe nothing, but how about we swap fiction for fact? A 2018 release of a Link’s Awakening successor does make sense, since the original game released in 1993, with the DX release in 1998, so firstly it would be an anniversary release. Handheld Zelda games often release every 2-3 years, with the last one being TriForce Heroes in 2015, which was developed by Grezzo. Grezzo worked on both remasters of Ocarina of Time 3D and Majora’s Mask 3D and recently put out an ad looking for programmers, experienced in HD that are interested in making a Legend. Last time they did this, not long after, Majora’s Mask 3D released, followed by TriForce Heroes in the same year. So going by their recent and past antics, it definitely does seem likely they could be working on a Zelda game and due to the fact they brought Ever Oasis to 3DS instead of Switch, was because 3DS has more than 60 million units sold, it does make sense their next Zelda game would make its way to Nintendo’s handheld system.

Admittedly, you could argue Aonuma only recently revealed development on the next Zelda game has begun, but let’s not forget that Nintendo does have more than one team as there is the home console team, handheld team and whoever else they get in, to help out with remasters. Also just because he said next, it doesn’t mean it is the very next game, as it could be the next home console game or the next game for Nintendo’s next handheld system (a 3DS successor, which is rumoured for 2019.) Aonuma is great at being coy, so even if he turned around and told us exactly what it is and what platform it is for, we’d be half a mind to disbelieve him until it was revealed.

Let us not forget that Nintendo are no strangers to working on more than one Zelda game as development for Breath of the Wild immediately started after Skyward Sword and before it released on March 3rd 2017, 2 Zelda HD remasters launched on Wii U, with 2 new games on 3DS and a Majora’s Mask remaster, so when it comes to Zelda, don’t put anything past them as they could easily have four Zelda games on the go. They have done it time and time again in the past, and I wouldn’t be surprised if they’re doing the same again no, only this time, we might just get to see 2 of them next year.

Personally, I don’t hold a lot of faith in this rumours as the mobile release is the one I am the most unsure of, but I (Jacktendo92, aka Jack Longman,) am of a firm belief the 3DS will get a new Zelda game in 2018, because even if next year is the last year of the 3DS, Nintendo has yet to produce a Zelda game that fully takes advantage of the New 3DS/2DS XL and they didn’t exactly release a new Zelda game when the 3DS released in 2011, did they? In 2011 it was a 3D remaster of Ocarina of Time, that graced the platform before a new game wouldn’t arrive until 2013 in the form of A Link Between Worlds, so I do think it’s more likely we will get a new Zelda game next year, as opposed to 2019. But just because that’s what I choose to believe, you are encouraged to believe otherwise and even comment as such in the comments below, but should some of this rumours prove true, a new Zelda game will be revealed less than 2 weeks from now and that is nice thought to have as we move into 2018 as this weekend ends.