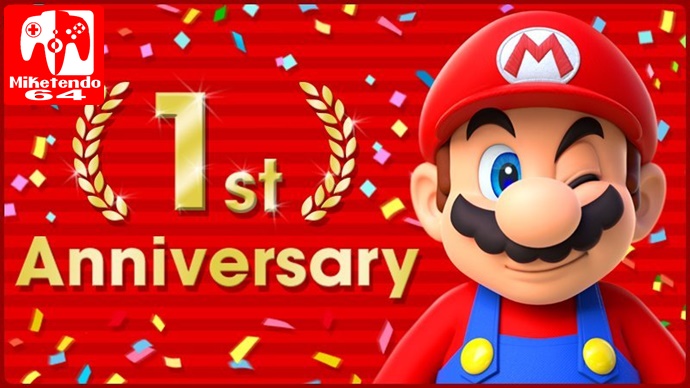 Super Mario Run is celebrating it’s First year anniversary since it’s launch on iOS last December. Users will receive a 1st Anniversary Mario statue in their gift inbox and there are two other items available in the shop.

There is also a number of events running including a lots of coins events, an increased rate of getting 5 star items in Remix 10 and also a 1.2 increase in getting bonus medals in Remix 10 as well. You can see the full information in the in-game notification below.