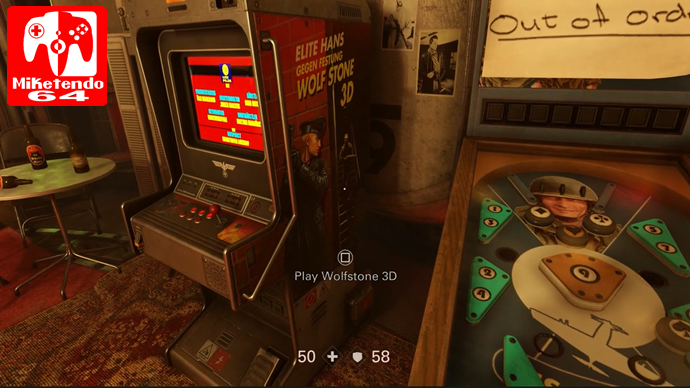 There is a nice little easter egg that is included in Wolfenstein II: The New Colossus, you can actually play a demo of the classic 90’s shooter Wolfenstein 3D under the guise of “Wolfstone 3D.” The game can be found in one of the arcade cabinets in Club Kreisau. It consists of six levels and a save game system. This version does have one noticeable difference, you are the Nazis fighting against the Kreisau terrorists.

It is a nice little touch and I am sure it will be appreciated by the Wolfenstein veterans and fans of the original alike. You can check out video of the Demo gameplay below.