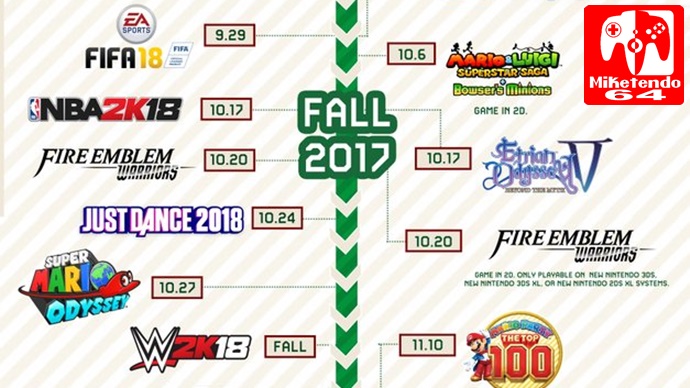 Nintendo have published an infographic of upcoming games that are coming to the Nintendo Switch and 3DS/2DS systems. Branching from Late September To The First Quarter of 2018. The games listed include release dates to most games except the likes of Rocket League, Minecraft: Nintendo 3DS edition and those coming next year like Shovel Knight: King of Cards, Wolfenstein II: The New Colossus & Super Meat Boy Forever. You can check out the full infographic below.